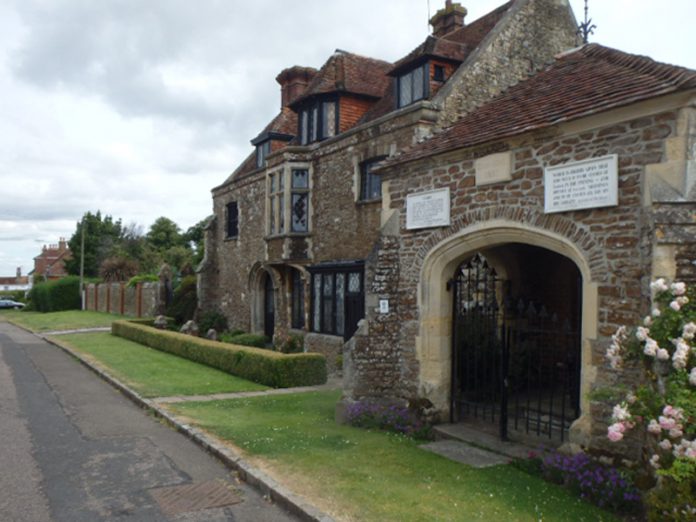 The Winchelsea Archaeological Society (WAS) was taken aback, some weeks ago, to receive a letter from the owner of the property called The Armoury in Castle Street in Winchelsea in which he objected to the society’s popular cellar tours stopping outside his house. In reply, WAS suggested that it might be considered unreasonable to ask people not to look at a property from the public highway.

Such a suggestion did nothing to satisfy the owner of The Armoury. He claimed that people on the tour stood on the grass verge outside his house, to which he objected on the grounds that he owned the verges, which meant that members of the public therefore had only a right of passage across the verges but no right to stop. He also rather unkindly questioned the need to look at his house since he felt that the tours were of too “plebeian composition” to understand whatever was being explained. According to WAS, The Armoury features in the tour because it is one of only four houses in Winchelsea which retains sufficient medieval remains to allow a plausible reconstruction to be made of what it might have looked like in the 13th century. The WAS reconstruction is shown below. An exasperated WAS eventually contacted East Sussex Highways Authority to ask for confirmation that the verges were public highways. East Sussex duly replied with a map based on Land Registry information which, as expected, showed that the grass verges in Castle Street were indeed part of the public highway. This means that the public not only have a right to walk across the verges but also to sit, dance, lunch and do much else, subject only to the proviso that they do not cause an unreasonable obstruction.

But the East Sussex map contained an unexpected piece of information. It shows that the front garden in front of The Armoury, which has until now been assumed to be within the curtilage of the property, is actually also part of the public highway! At some point in the past, it would seem, a resident of The Armoury illegally annexed public land. WAS has passed a copy of the map on to the owner of The Armoury.

This is not the first dispute over these verges. A few years ago, the owner of The Armoury applied to fence off one of the verges but, despite the support of Icklesham Parish Council, his proposal was rejected out of hand by Rother District Council.

The next cellar tour in Winchelsea is scheduled for Saturday July 31, starting at 2pm from Castle Street. The Armoury will be included.

Images: Richard Comotto and WAS