[Editor’s note: “Sport” is defined as an activity involving physical effort and skill” in which a person or team competes “another or others” though I have heard many in sport say they are only competing against themselves.

However a lot of “competitive sport” has been shut down during this and previous lockdowns, as well as sports and leisure centres, so I hope Rye News readers will not object to our Sport section including activities involving effort and skill which are not necessarily competitive – and walking is one of them]

One of the knock-on effects of the various lockdowns in 2020/21 is the increase of people walking as daily exercise. Rye is blessed to have some spectacular walks to both the sea and inland to an area of outstanding natural beauty (AONB).

What has also become apparent though is that a number of paths and stiles in and around Rye have been poorly maintained over the years so by this winter you can be ankle deep in mud as you manoeuvre through a kissing gate or slip as you negotiate a wobbly stile.

Where you come across an impassable path or stile that is damaged you can contact the rights of way team at East Sussex County Council (ESCC) and give them the location of the problem. If you are unsure of the exact location, you can trace your steps on the ESCC’s rights of way map. Each rights of way footpath has been allocated a number that you can use when contacting the council to give them the precise location. As an example, the path that runs from the Harbour Master’s station on the river Rother to Camber Road is “Camber 5” but once it crosses Camber Road and continues to East Guldeford it changes to “Camber 1b”.

Footpaths in and around Rye
1 of 7

But the rights of way team at ESCC have a task on their hands. They maintain 2,000 miles of footpaths, bridleways and byways across East Sussex. To put it in perspective this is about the same length as ESCC’s road network they claim. There are also around 3,600 bridges; 7,000 gates; 5,500 stiles; 1,500 sets of steps and 14,000 signs and waymarkers.

Because of the vastness of the network they say that have to prioritise and deal with the most urgent problems first. But you can help them out by contacting them and telling them where the problem is – it could be a recently blocked footbath (by accident or by design); a broken stile, or a impassably muddy kissing gate.

The rights of way team say, “Where a new obstruction is reported, we will inspect as soon as possible. If there is no easy alternative route, we will look to remove obstructions from the path. This can generally take 3–6 months from the first report. Please bear in mind that this timescale can vary due to legal processes.” 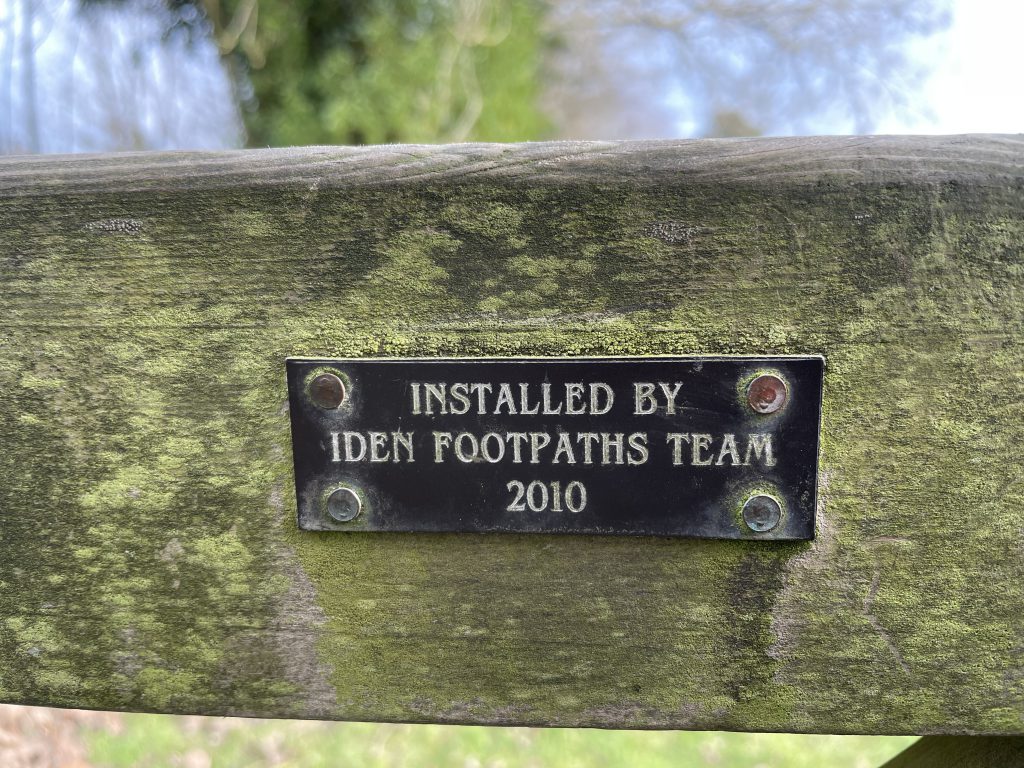 In some areas the locals have taken back control of their footpaths and stiles and maintain them to a very high standard. Iden parish is a notable example. Over the last decade the Iden Footpaths Team have been investing heavily in new sturdy stiles that makes walking around the parish a very pleasant, and beautiful, experience.