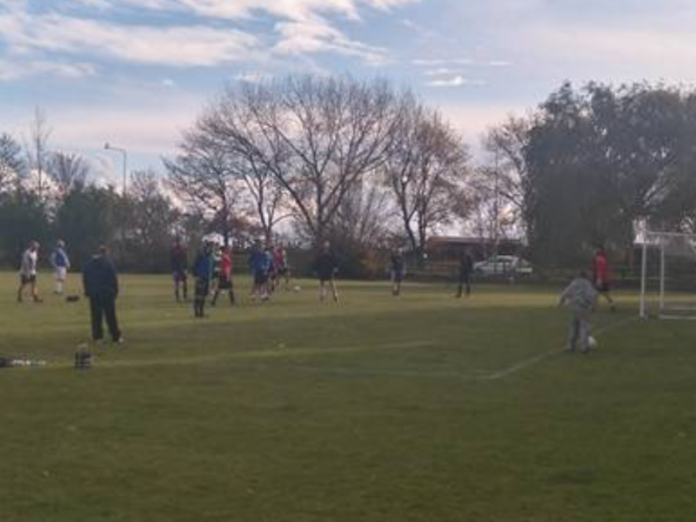 Last Saturday November 19, Rye Town’s football match was cancelled as scheduled side Pebsham could not raise a side for the game. Instead the Town FC players joined with other local players to play their own game on the Salts as the mighty Bibs faced the underdogs Non Bibs.

The teams were as follows:

After a tough game the final score was Bibs 6 Non Bibs 7.

At the end of the game there was a penalty shoot-out, Dom Cruttenden was the winner and he has therefore earned the right to take the next penalty awarded to Rye Town FC.

This weekend sees Rye Town get back into league action as they face Little Common 2nd team at the Salts with kick off at 2pm in a match sponsored by Bosuns’ Bite.