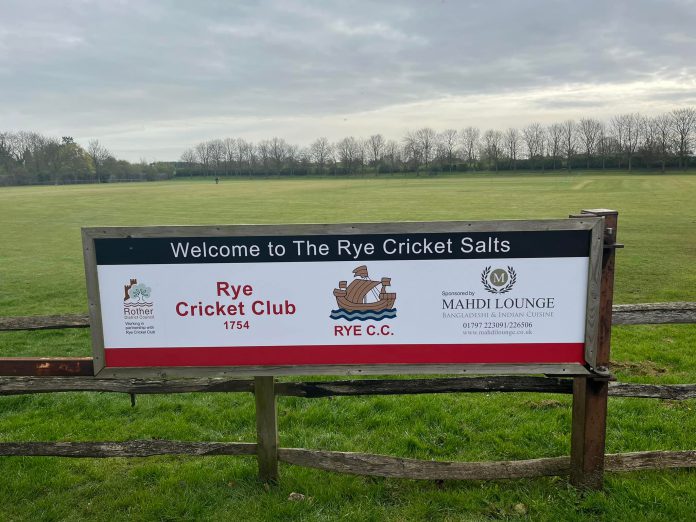 Rye 1sts experienced a bad day at the office on Saturday. It took 2 hours to reach the ground of Crawley Eagles, only to find a Colts match going on, which lasted until 30 minutes prior to the start. Unsatisfactory start, but at 60-1 the afternoon seemed to be going well. Then a collapse for the first time this season and Rye were all out for 131 in the 33rd over on a wicket of variable bounce and pace. George Wathen, opening, top scored with 38, with only Carl Mumba 28 threatening to offer support.

Eagles flew past the target in the 25th over for the loss of 4 wickets, with Carl Mumba 2-37 the most successful bowler. It was then a 2-hour drive to return to Rye and mull over the events of the afternoon.

The 2nds enjoyed another high scoring game at the Rye Salts, this time against Eastbourne 3rds, and this time emerging victorious. Eastbourne batted first, scoring 215-8 in 40 overs in a match sponsored by The Mermaid Inn. Callum Hadaway, 3-22, and Fin Thomson, 3-26, the most successful. Then Fin Thomson with 94 not out took Rye to a much needed win. He was supported by Aussie Kyle Scott, 55, and Jack Keen, 30 not out. This Saturday, Rye travel to bottom club Firle.