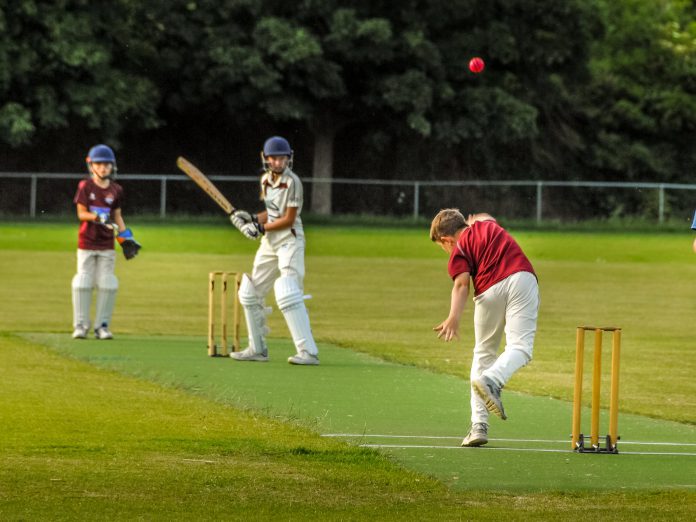 The heatwave this week has put paid to all junior cricket, as the Ashford League suspended the planned cup matches. It means the Under 11B team play Tenterden U11B on Sunday morning and the Under 11A travel to Ashford U11B on Monday.

Last Thursday, though, the 10 man U13 team, missing older players, travelled to play Boughton in the cup. Everybody bowled 2 overs, and with good fielding restricted Boughton to 117-6. In reply, Henry Cooke 30 retd held the top order together, Olly Balcomb with a quick fire 15 set the innings going, skipper Olly Wincott-Stone hit a rapid 22.

The last over, 8 to win 3 wickets in hand. Last ball, 1 to win, last pair in, a scrambled bye to the keeper and next Thursday the Under 13s host Ashford in the semi-final. This fixture has now been postponed to July 28th at Rye, with the final on August 11th.

The Under 11s have entered the Sussex Junior Cricket Festival which starts on August 22. These games are 11-a-side rather than pairs cricket and games last up to 62 overs. All part of their learning curve. The fixtures are August 23 home to Linden Park; August 24 home to Fletching; August 25 Seaford away; August 26 St Peters (Brighton) away.