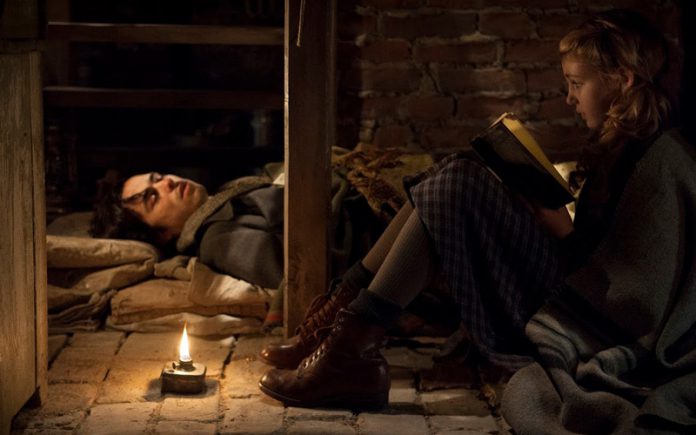 Sophie Nelisse, seen above, is the star of The Book Thief, the next feature at the Rye Film Club on Friday, October 3. She plays 10-year-old Liesel Meminger, who, in 1938, is placed with step-parents Rosa and Hans Hubermann (Geoffrey Rush). In time she learns to read, goes to school, becoming obsessed with reading. Hans harbours a Jewish refugee, and Liesel befriends him. When the local people are forced by Nazis to burn books, she secretly recovers one, observed by the mayor’s wife who later invites her to see the library in her house and to read the books there, until the mayor finds out and forbids it. But Liesel decides to continue ‘borrowing’ books from the library . . . The film starts at 7pm, doors open at 6.30. Neale East

Tree’s up so it’s show time

All I want for Christmas is…