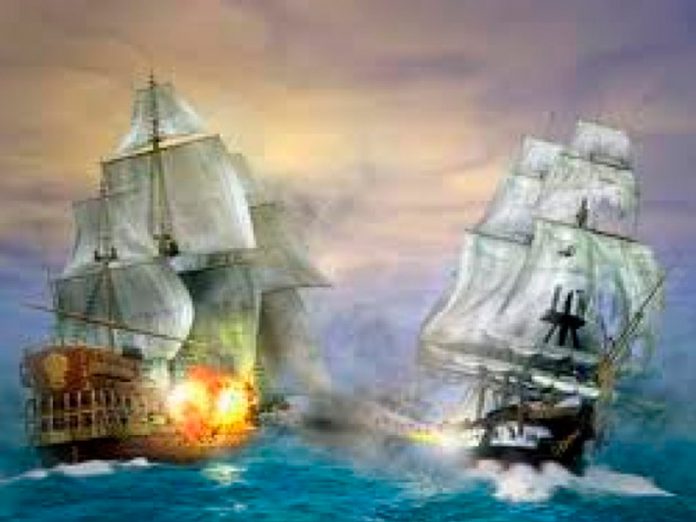 With just the English Channel between them, Rye and Normandy have long had links, both hostile and peaceful. Some of these, such as the Norman Conquest and First and Second World Wars, are well known. Others — such as the sheltering of religious refugees, piracy and smuggling, the exchange of ideas and the growth of the cross channel tourist industry — are perhaps less so.

Reflecting the history of relations between East Sussex and Normandy, an exhibition at Rye Museum is one of about 150 projects created as part of the European cross-border co-operation project funded by the Interreg IVA France (Channel) – England for communities who share a common maritime border: the Channel.

Many early East Sussex maps illustrate the country’s focus on the sea by placing south at the top of the map rather than at the bottom. For our ancestors, the Channel was at times more important than London and was a link not a barrier.

A special exhibition of Rye documents that are kept by East Sussex Records Office are now loaned back to Rye for the duration of the arts festival. Among these special documents is a deed of 1307 conveying property in Merstret in Rye with two seals attached both in green wax. The smaller seal shows a ship with one mast and the larger – the first seal of Rye – also depicts a ship, emphasising the town’s reliance on the sea and its status as a member of the Cinque Ports.

Other wonderful exhibits are two very large historical maps of Rye well worth studying and an order for a survey of strangers to Rye 1571 and undesirables to be expelled! Rye offered help to refugees from persecution in 1560s and 1570s but also recognised that such people could cause trouble.

The exhibition is open every day throughout the festival until September 28, 10am-4pm weekdays, 10.30am-4.30pm weekends. There is free entry to the museum at 3 East Street, Rye TN31 7JY, but donations are welcome.

Heather Stevenson is a director of the museum / Photo: Rye Museum