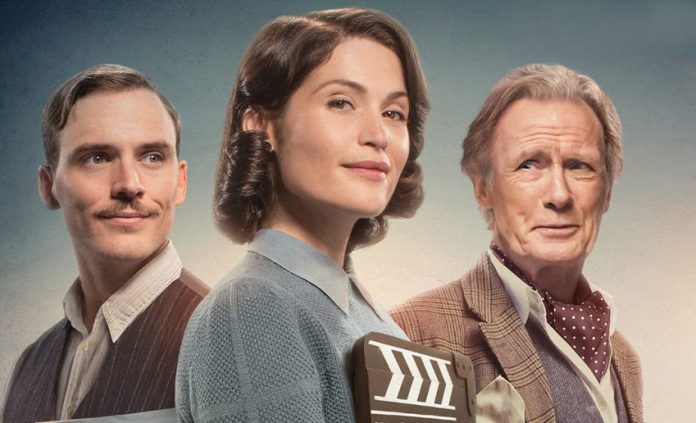 Their Finest [12A] 117 mins
With London emptied of men now fighting at the Front, Catrin Cole lands herself a job writing copy for propaganda films that need “a woman’s touch”. Her natural flair quickly gets her noticed by dashing movie producer Buckley whose path would never have crossed hers in peacetime. As bombs are dropping all around them, Catrin discovers there is as much drama, comedy and passion behind the camera as there is on screen. Starring Gemma Arterton, Sam Claflin, Bill Nighy, Jack Huston and Richard E Grant.

Sense of an Ending [15] 109 mins
Tony Webster leads a reclusive and quiet existence until long buried secrets from his past force him to face the flawed recollections of his younger self, the truth about his first love and the devastating consequences of decisions made a lifetime ago. From acclaimed director Ritesh Batra (The Lunchbox), this is a deeply moving and uplifting story about the paths chosen in life. Starring Jim Broadbent, Harriet Walter, Michelle Dockery, Emily Mortimer, Matthew Goode and Charlotte Rampling.

Ghost in the Shell 2D [12A] 107 mins
In the near future, Major is the first of her kind: A human saved from a terrible crash, who is cyber-enhanced to be a perfect soldier devoted to stopping the world’s most dangerous criminals. But Major discovers that she has been lied to – her life was not saved, it was stolen. She will stop at nothing to recover her past, find out who did this to her and stop them before they do it to others. Starring Scarlett Johansson, Juliette Binoche and Piou Asbaek. The Boss Baby 2D [U] 97 mins
The Boss Baby is a most unusual baby. He wears a suit and speaks with the voice and wit of Alec Baldwin. This is the story about how a new baby’s arrival impacts a family, told from the point of view of a delightfully unreliable narrator, a wildly imaginative seven year-old named Tim. From DreamWorks Animation and the director of Madagascar.

National Theatre Encore: Twelfth Night, Monday April 24, 7pm
Tamsin Greig is Malvolia in a new twist on Shakespeare’s classic comedy of mistaken identity. Where music is the food of love, and nobody is quite what they seem, anything proves possible. Simon Godwin (NT Live: Man and Superman, NT Live: The Beaux’ Stratagem) directs this joyous new production with an ensemble cast that includes Daniel Rigby, Tamara Lawrence, Doon Mackichan and Daniel Ezra.

National Theatre Encore:  Rosencrantz and Guildenstern are Dead, Thursday May 4, 7pm.
Daniel Radcliffe (Harry Potter, The Woman In Black), Joshua McGuire (The Hour) and David Haig (Four Weddings And A Funeral, The Witness For The Prosecution) star in Tom Stoppard’s brilliantly funny situation comedy, broadcast live from The Old Vic Theatre in London. David Leveaux’s new production marks the 50th anniversary of the play that made a young Tom Stoppard’s name overnight.
Against the backdrop of Hamlet, two hapless minor characters, Rosencrantz and Guildenstern, take centre stage. As the young double-act stumble their way in and out of the action of Shakespeare’s iconic drama, they find themselves increasingly out of their depth as their version of the story unfolds.