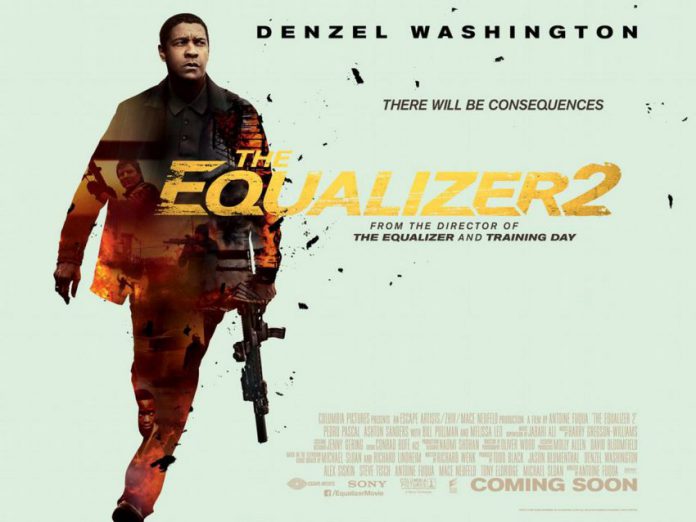 Films showing from Friday August 24 at the Kino, Rye

The Equalizer 2 [15] 121 mins
Denzel Washington returns to one of his signature roles in the first sequel of his career. Robert McCall serves an unflinching justice for the exploited and oppressed – but how far will he go when that is someone he loves? Also starring Ashton Sanders, Pedro Pascal, Melissa Leo and Bill Pullman.

The Meg [12A] 113 mins
A massive creature attacks a deep-sea submersible, leaving it disabled and trapping the crew at the bottom of the Pacific Ocean. With time running out, rescue diver Jonas Taylor must save the crew from an unimaginable threat – a 75-foot-long prehistoric shark known as the Megalodon. Starring Jason Statham, Winston Chao and Li Bingbing.

Ant-Man And The Wasp [12A] 118 mins
From the Marvel Cinematic Universe comes a new chapter featuring heroes with the astonishing ability to shrink. In the aftermath of Captain America: Civil War, Scott Lang grapples with the consequences of his choices as both a superhero and a father. As he struggles to rebalance his home life with his responsibilities as Ant-Man, he’s confronted by Hope van Dyne and Dr Hank Pym with an urgent new mission. Scott must once again put on the suit and learn to fight alongside The Wasp as the team work together to uncover secrets from their past. Directed by Peyton Reed and starring Paul Rudd, Evangeline Lilly, Michael Peña, Hannah John-Kamen, Walton Goggins and Michael Douglas.

Mamma Mia! Here We Go Again [12A] 115 mins
Ten years after Mamma Mia! The Movie, pregnant Sophie returns to the magical Greek island of Kalokairi to learn about her mother’s past. Meryl Streep reprises her role as Donna, Julie Walters as Rosie and Christine Baranski is Tanya, while Amanda Seyfried and Dominic Cooper reunite as Sophie and Sky, with Lily James playing young Donna. As the film goes back and forth in time to show how relationships forged in the past resonate in the present, Sophie is wondering if she is about to discover which of her three possible fathers (Pierce Brosnan, Stellan Skarsgård and Colin Firth) is the real deal, when an uninvited guest arrives in the shape of Cher as Grandma Ruby.

Christopher Robin [PG] 104 mins, and at other times, see above