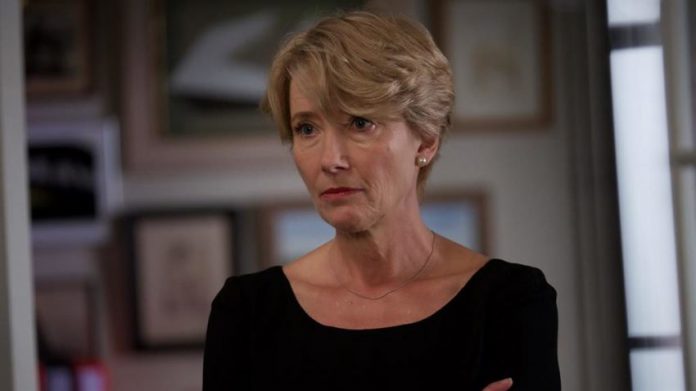 Films showing from Friday August 31 at the Kino, Rye

The Children Act [12A] 105 mins
Fiona Maye is an eminent High Court judge in London presiding with wisdom and compassion over ethically complex cases of family law. But she has paid a heavy personal price for her workload, and her marriage to American professor Jack is at a breaking point. In this moment of personal crisis, Fiona is asked to rule on the case of Adam, a brilliant boy who is refusing the blood transfusion that will save his life. Adam is three months from his 18th birthday and still legally a child. Should Fiona force him to live? Starring Emma Thompson, Stanley Tucci, Fionn Whitehead, Ben Chaplin and Eileen Walsh. Written by and based on the novel by Ian McKewan, and directed by Richard Eyre (The Dresser, Notes On A Scandal).

The Spy Who Dumped Me [15] 117 mins
Audrey and Morgan, two 30-year-old best friends in Los Angeles, are thrust unexpectedly into an international conspiracy when Audrey’s ex-boyfriend shows up at their apartment with a team of deadly assassins on his trail. Surprising even themselves, the duo jump into action, on the run throughout Europe from assassins and a suspicious-but-charming British agent, as they hatch a plan to save the world. Starring Mila Kunis, Kate McKinnon, Justin Theroux and Gillian Anderson.

Alpha [12A] 96 mins
A visually stunning epic adventure set in the last Ice Age. While on his first hunt, Keda is injured and has to learn to survive alone in the wilderness. Reluctantly taming a lone wolf abandoned by its pack, the pair learn to rely on each other and become unlikely allies. Facing overwhelming odds, Keda and the wolf trek through a harsh and unforgiving landscape to make it home before winter. Starring Kodi Smit-McPhee.

The Equalizer 2 [15] 121 mins
Denzel Washington returns to one of his signature roles in the first sequel of his career. Robert McCall serves an unflinching justice for the exploited and oppressed – but how far will he go when that is someone he loves? Also starring Ashton Sanders, Pedro Pascal, Melissa Leo and Bill Pullman.

Mamma Mia! Here We Go Again [12A] 115 mins
Ten years after Mamma Mia! The Movie, pregnant Sophie returns to the magical Greek island of Kalokairi to learn about her mother’s past. Meryl Streep reprises her role as Donna, Julie Walters as Rosie and Christine Baranski is Tanya, while Amanda Seyfried and Dominic Cooper reunite as Sophie and Sky, with Lily James playing young Donna. As the film goes back and forth in time to show how relationships forged in the past resonate in the present, Sophie is wondering if she is about to discover which of her three possible fathers (Pierce Brosnan, Stellan Skarsgård and Colin Firth) is the real deal, when an uninvited guest arrives in the shape of Cher as Grandma Ruby.

Christopher Robin [PG] 104 mins, and at other times, see above