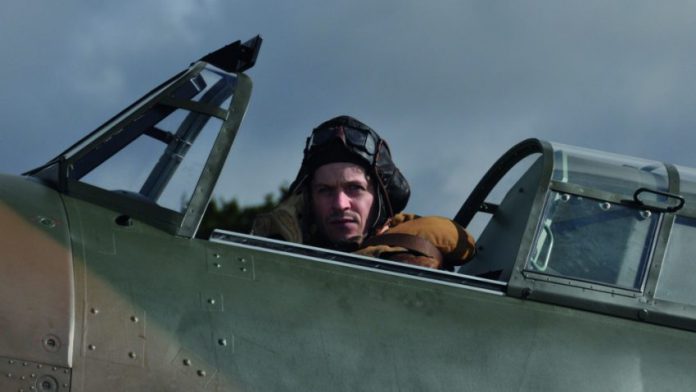 Event cinema at the Kino, Rye

Sunday September 2 at 6pm with a 15-minute recorded q&a with director David Blair
Hurricane tells the relatively unknown story of the Polish fliers who found themselves fighting for the freedom of their own country in foreign skies. Seen through the eyes of Jan Zumbach (Rheon), fighter ace and adventurer, it tells how the Poles, driven across Europe by the German war machine, finally made their last stand. Flying Hurricanes for the RAF over Britain, they became a key component in the legend of ‘The Few’. Up against the  Luftwaffe they hoped that, by saving Great Britain from Nazi invasion, they were keeping the dream of a free Poland alive. This astonishing story is brought to life on screen using one of the last operating Hurricanes in existence during filming and is a true must-watch for all fans of war films and action thrillers.

King Lear
Thursday September 27 at 7pm. Booking now. Running time approximately 220 minutes including one interval.
Shakespeare’s tender, violent, moving and shocking play, King Lear sees two ageing fathers – one a king, one his courtier – reject the children who truly love them. This screening of Chichester Festival Theatre’s 2017 production stars Ian McKellen in the role of Lear, his intimate, intricate and conversational performance hailed as a triumph. The play received five-star reviews for its sell-out run and afterwards transferred to the West End for 100 performances only. This contemporary retelling of the great tragedy is directed by Jonathan Munby and stars Sinéad Cusack as Kent and Kirsty Bushell as Regan.

Allelujah! [12A]
Thursday November 1 at 7pm.
Alan Bennett’s sharp and witty new play is ‘just what the doctor ordered’ (Daily Telegraph). The Beth, an old-fashioned cradle-to-grave hospital serving a town on the edge of the Pennines, is threatened with closure as part of an efficiency drive. A documentary crew, eager to capture its fight for survival, follows the daily struggle to find beds on the Dusty Springfield Geriatric Ward, and the triumphs of the old people’s choir. Filmed live in front of an audience at London’s Bridge Theatre during its limited run.

The Merry Wives Of Windsor
Wednesday September 12 at 7pm. Booking now. Running time approximately 210 minutes
A new version of Shakespeare’s hilarious comedy of suburbia, wives and over-inflated egos. Sir John Falstaff plans to hustle his way to comfortable retirement by seducing the wives of two wealthy men. But it’s the women of Windsor who pull the strings and in a world of wealth, glamour and “well jel” wives, they finally tell Sir John to “shut up”. The only way is Windsor in this outrageous and fun-filled new version, directed by Fiona Laird and starring David Troughton, Ishia Bennison and Paul Dodds.

The Importance Of Being Earnest [12A]

Friday October 12 at 8pm. Booking now, running time approximately 150 mins
After 103 album releases, 123 single hits and the equivalent of 20 years spent in the UK charts, Sir Cliff Richard is celebrating 60 years in the music industry and wants to invite you to the most fabulous big screen party of the year! Featuring a selection of his greatest hits across six decades, this will be Cliff’s most exciting tour yet. His incredible energy and passion on stage will sweep you off your feet and be sure to have you swaying in the aisles.

Mayerling
Monday October 15 at 7:15pm. Running time approximately 195 minutes including two intervals.
Kenneth MacMillan’s Mayerling is a classic of the Royal Ballet repertory, with its emotional depth, haunting imagery, and one of the most demanding roles ever created for a male dancer. From the ballet’s start, the glamour of the Austro-Hungarian court is contrasted with undercurrents of sexual and political intrigue that drive the story to its violent climax in a double suicide. Starring Stephen McRae and Sarah Lamb.

Tuesday November 13 at 7:15pm.
Marius Petipa’s fantasy, set in India, tells the tale of a temple dancer and the prince who loves her but marries another. The famous, moonlit ‘white act’ – The Kingdom of the Shades – is a corps de ballet highlight, as multiple images of the prince’s lost love haunt his mind. The choreography allows two opposing ballerinas to shine, while a bronze idol comes vividly to life in a stunning solo. Throughout, the melody and moods of Minkus’s music perfectly match the fluidity and precision of the classical choreography and the drama of the storytelling. Choreographed by Natalia Makarova and starring Marianela Nuñez, Vadim Muntagirov and Natalia Osipova.

The Nutcracker – Monday December 3 at 7:15pm

Within The Golden Hour/World Premiere/Flight Pattern – Thursday May 16 at 7:15pm