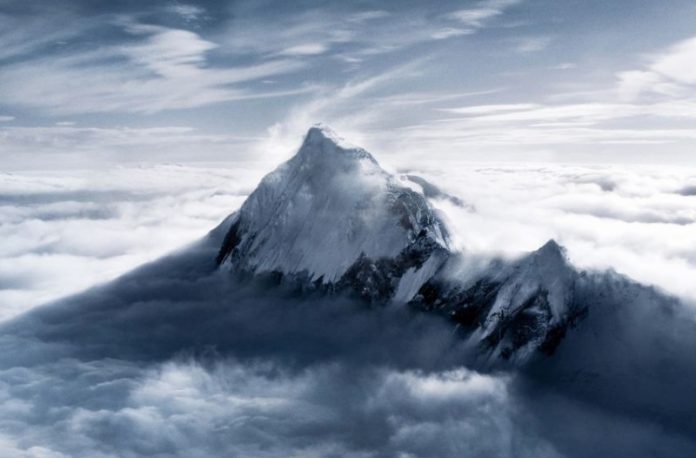 Films showing at Rye Kino from Friday September 25 include:

Everest (2D) & (3D) [12A] 121 mins   Inspired by the incredible events surrounding an attempt to reach the summit of the world’s highest īmountain, Everest documents the awe-inspiring journey of two different expeditions challenged beyond their limits by one of the fiercest snowstorms ever encountered by mankind. Their mettle tested by the harshest elements found on the planet, the climbers will face nearly impossible obstacles, as a lifelong obsession becomes a breathtaking struggle for survival. With stunning 3D effects and starring Jason Clarke, Josh Brolin, Robin Wright, Sam Worthington, Keira Knightley, Emily Watson and Jake Gyllenhaal.

Irrational Man [12A] 95 mins   When a burned-out, brilliant professor – one who believes in lessons from life rather than textbooks – takes a job at a small college, everyone there is abuzz. But when he becomes involved with a teacher as well as a precocious student, it takes a dramatic, existential act to turn his life around and make him see the world from a much rosier and more positive perspective. Directed by Woody Allen and starring Joaquin Phoenix, Emma Stone and Parker Posey.

Miss Julie [12A] 130 mins   A country estate in Ireland in the 1880s. Over the course of one midsummer night, in an atmosphere of wild revelry and loosened social constraints, Miss Julie (Jessica Chastain) and John (Colin Farrell), her father’s valet, dance and drink, charm and manipulate each other. She, all hauteur longing for abasement; he, polished but coarse – united in mutual loathing and attraction. By turns seductive and bullying, savage and tender, their intimacy leads to desperate plans and vision of a life together. Unsure if the morning brings hope or hopelessness, Julie and John find their escape in a final act as sublime and horrific as anything in Greek tragedy.

Straight Outta Compton [15] 147 mins    In the mid-1980s, the streets of Compton, California, were some of the most dangerous in the country. When five young men translated their experiences growing up into brutally honest music that rebelled against abusive authority, they gave an explosive voice to a silenced generation. Following the meteoric rise and fall of N.W.A., Straight Outta Compton tells the astonishing story of how these youngsters revolutionised music and pop culture forever the moment they told the world the truth about life in the ‘hood and ignited a cultural war. Starring O’Shea Jackson Jr., Corey Hawkins, Jason Mitchell, Neil Brown Jr., Aldis Hodge, Marlon Yates Jr. and Paul Giamatti.

The Treatment 128 mins [18] Subtitled   An unsettling Belgian murder mystery that gets under your skin and stays there. Inspector Nick Cafmeyer seems to have it all: looks, brains and a successful career. But when a mysterious new case arrives on Nick’s desk involving a missing nine-year-old, Nick must come face to face with his childhood demons whilst also heading the labyrinthine investigation and manhunt. A relentless, heart-pounding juggernaut of a crime thriller, based on the original novel by acclaimed British crime writer Mo Hayder, The Treatment heralds a new and unforgettable turn in the Nordic noir phenomenon. Starring Geert Van Rampelberg, Ina Geerts, Johan van Assche, Laura Verlinden, Dominique Van Malder and Roel Swanenberg.

Legend [18] 131 mins   The true story of the rise and fall of London’s most notorious gangsters, Reggie and Ron Kray, both portrayed by Tom Hardy in an amazing double performance. Legend is a classic crime thriller taking us into the secret history of the 1960s and the extraordinary events that secured the infamy of the Kray Twins. Written and directed by Academy Award winner Brian Helgeland (L.A. Confidential, Mystic River), also starring David Thewlis, Christopher Eccleston and Taron Egerton. Minions  (2D) & (3D) [U] 90 mins   The story of the Minions begins at the dawn of time. Starting as single-celled yellow organisms, Minions evolve through the ages, perpetually serving the most despicable of masters. But one Minion named Kevin has a plan, and he – alongside teenage rebel Stuart and lovable little Bob – ventures out into the world to find a new evil boss for his brethren to follow. The trio embark on a thrilling journey that leads them to the Minions world’s first-ever female super-villain and their biggest challenge to date: saving all of Minionkind from annihilation. With the voices of Sandra Bullock, Jon Hamm, Michael Keaton, Jennifer Saunders and Steve Coogan.