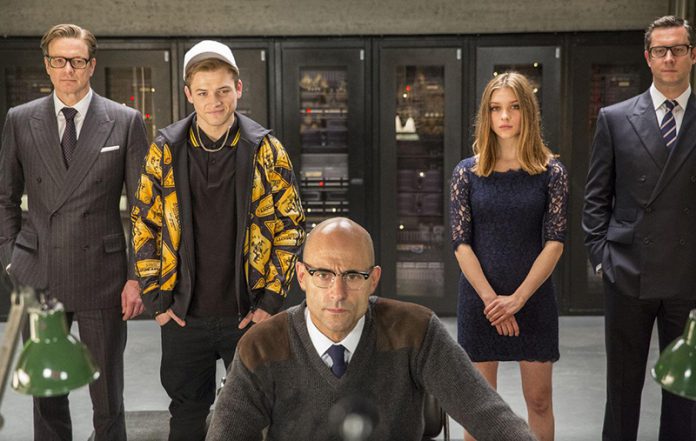 The Rye Film Club’s movie tomorrow [Friday February 6] is A Most Wanted Man.  A John Le Carre novel is behind this contemporary, cerebral tale of intrigue, love, rivalry and politics that prickles with tension right through to its last heart-stopping scene. Starring the late, great Philip Seymour Hoffman in his final film role, it should keep you on the edge through every twist and turn. (Rye Community Centre, 7pm start, doors open 6:30pm). The club’s annual meeting will be held prior to the film, which all members are welcome to attend.

Kingsman: the Secret Service 129 mins [15] This is the story of a super-secret spy organisation that recruits an unrefined but promising street kid into its ultra-competitive training programme, just as a global threat emerges from a twisted tech genius. This irreverent British comedy spy-spoof stars Colin Firth, Samuel L Jackson and Michael Caine.

American Sniper 132 mins [15] US Navy SEAL Chris Kyle serves four harrowing tours of duty in Iraq. His pinpoint accuracy saves countless lives, but a price is put on his head, making him a prime target for insurgents. Facing a different kind of battle on the home front – striving to be a good husband and father from halfway around the world – on his return, Chris finds that he can’t leave the war behind. Nominated for six Oscars, directed by Clint Eastwood, the film also stars Bradley Cooper and Sienna Miller.

Wild 115 mins [15] Cheryl Strayed has lost all hope. After the death of her mother, and years of reckless, destructive behaviour, she makes a rash decision. With absolutely no experience, Cheryl hikes more than a thousand miles of the Pacific Crest Trail alone, on a journey that maddens, strengthens and, ultimately, heals her. Directed by Jean-Marc Vallée (Dallas Buyers Club), with a screenplay by Nick Hornby, this film is nominated for two Oscars, including Best Actress for Reese Witherspoon and Best Supporting Actress for Laura Dern. Not forgetting the Kid’s Club at Rye Kino – Frozen: Disney’s wonderful animated comedy adventure in a fabulous sing-a-long version with onscreen lyrics for everyone to join in. For every child ticket bought an adult goes free!

To check availability, find details of all showings and book tickets please visit the Kino website and visit the website for future showings at Rye Film Club.