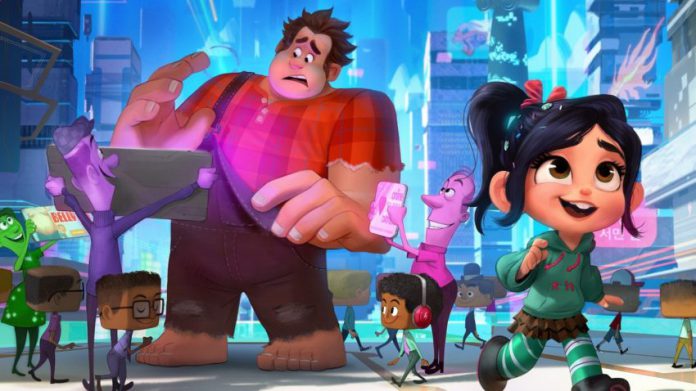 Films showing from Friday, December 14 at the Kino, Rye

Wreck-It Ralph 2 [PG] 112 mins
Six years after the events of Wreck-It Ralph, Ralph and Vanellope, now friends, discover a wi-fi router in their arcade, which leads them into an adventure inside the internet where they find themselves in a whole new world.

Disobedience [15] 114 mins
From Sebastián Lelio, writer-director of the Academy Award-winning A Fantastic Woman, this is a timely and emotionally powerful tale set at the crossroads of tradition and modernity, of personal desires and the demands of faith. Starring Rachel Weisz, Rachel McAdams and Alessandro Nivola.

It’s a Wonderful Life (1946) [U] 131 mins
George Bailey has so many problems he is thinking about ending it all – but it’s Christmas! As the angels discuss George, we see his life in flashback. And at the point that George is about to jump from a bridge, he ends up rescuing his guardian angel, Clarence, who then shows George what his town would have looked like if it hadn’t been for all his good deeds over the years. Starring James Stewart, Donna Reed and Lionel Barrymore.

The Grinch [U] 90 mins  (and Kids’ Club, below)
Each year the Whos declare they are going to make Christmas three times bigger, so the Grinch realises there is only one way for him to gain some peace and quiet: he must steal Christmas… With the voices of Benedict Cumberbatch, Angela Lansbury, Rashida Jones and Pharrell Williams.

The Old Man & The Gun [12A] 93 mins
Based on the true story of Forrest Tucker, from his audacious escape from San Quentin at the age of 70 to an unprecedented string of heists that confounded authorities and enchanted the public. Wrapped up in the pursuit are detective John Hunt, who becomes captivated with Forrest’s commitment to his craft, and a woman who loves him in spite of his chosen profession. Starring Robert Redford, Casey Affleck, Sissy Spacek, Danny Glover, Tom Waits and John David Washington.

Fantastic Beasts: The Crimes of Grindlewald [12A] 134 mins.
At the end of the first film, the powerful dark wizard Gellert Grindelwald was captured by MACUSA (Magical Congress of the United States of America) with the help of Newt Scamander. But, making good on his threat, Grindelwald escaped custody and has set about gathering followers, most unsuspecting of his true agenda: to raise pure-blood wizards up to rule over all non-magical beings. In an effort to thwart Grindelwald’s plans, Albus Dumbledore enlists his former student Newt Scamander, who agrees to help, unaware of the dangers that lie ahead. Lines are drawn as love and loyalty are tested, even among the truest friends and family, in an increasingly divided wizarding world. Starring Eddie Redmayne, Johnny Depp, Jude Law, Zoe Kravitz, Katherine Waterston, Dan Fogler, Alison Sudol and Ezra Miller.

Bohemian Rhapsody [12A] 135 mins
This is a foot-stomping celebration of Queen, the music and the band’s extraordinary lead singer, the late Freddie Mercury. The film traces the meteoric rise of the band through its iconic songs and revolutionary sound. The band members reach unparalleled success, but in an unexpected turn Freddie, surrounded by darker influences, shuns Queen in pursuit of his solo career. Having suffered greatly without the collaboration of Queen, Freddie manages to reunite with his bandmates just in time for Live Aid, leading the band in one of the greatest performances in the history of rock music. Starring Rami Malek, Lucy Boynton, Gwilym Lee, Ben Hardy, Joseph Mazzello, Aidan Gillen, Tom Hollander, Allen Leech and Mike Myers.

The Grinch [U] 90 mins  (and main cinema, above)
Each year the Whos declare they are going to make Christmas three times bigger, so the Grinch realises there is only one way for him to gain some peace and quiet: he must steal Christmas… With the voices of Benedict Cumberbatch, Angela Lansbury, Rashida Jones and Pharrell Williams.