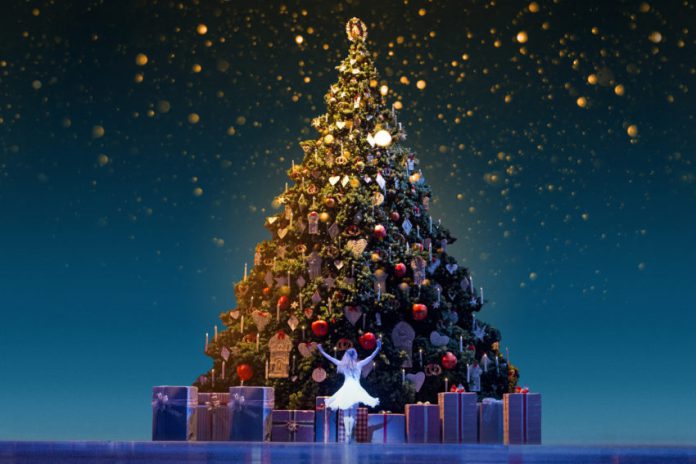 Event cinema at the Kino, Rye from Friday, December 14

Saturday, December 15 at 3pm and Thursday, December 20 at 7:30pm
The Nutcracker has long been one of the most delightful ways to discover the enchantment of ballet – and makes for a delicious seasonal treat for all the family. Tchaikovsky’s much-loved music is matched to a magical adventure on Christmas Eve for Clara and her Nutcracker doll. Their journey to the Land of Sweets brings with it some of the most familiar of all ballet moments, such as the Dance of the Sugar Plum Fairy and the Waltz of the Flowers. Peter Wright’s production for The Royal Ballet keeps true to the spirit of this Russian ballet classic, with period details and dancing snowflakes. The many solo roles and ensembles put the world-class skills of the company to the fore in this Christmas classic. Conducted by Barry Wordsworth and starring Marianela Nunez, Vadim Muntagirov, Anna Rose O’Sullivan, Marcelino Sambe and Gary Avis

Monday, December 31 at 4pm. Tickets: Adults £20; members and concessions £18; children 14 and under £12:50
Celebrate the end of 2018 with the Berliner Philharmoniker’s glittering New Year’s Eve concert. The only live cinema broadcast of the 2018/19 Berliner Philharmoniker concert season, this fantastic event will be conducted by Daniel Barenboim, and broadcast live from Berlin in high definition and 5.1 surround sound to selected cinemas across the UK.

Barenboim, one of the Philharmoniker’s oldest friends, also takes on the role of soloist in Mozart’s Piano No. 26 – a work of sparkling beauty and nuanced expression. There are also four famous works by Maurice Ravel, which create an impressive synthesis of elegance and originality. The highlight is the Boléro, perhaps the most stunning crescendo in music.

The King & I: The Musical

Thursday, January 3 at 7.30pm. Tickets: Adults £20; members and concessions £18; children 14 and under £12:50
Making their West End debuts are the original Broadway stars Kelli O’Hara as Anna and Ken Watanabe as the King. Set in 1860s Bangkok, the musical tells the story of the unconventional and tempestuous relationship that develops between the King of Siam and Anna, a British schoolteacher whom the modernist King, in an imperialistic world, brings to Siam to teach his many wives and children.

With one of the finest scores ever written including; Whistle a Happy Tune, Getting to Know You, and Shall We Dance, and featuring a company of more than 50 world-class performers, The King & I is a testament to the lavish heritage of gloriously romantic musical theatre.

Sunday, January 6 at 3pm. Tickets: Adults £20; members and concessions £18; children 14 and under £12:50
One of event cinema’s biggest names, André Rieu, returns with a major new production this new year. For a truly unforgettable cinema experience, please join André and his Johann Strauss Orchestra in Sydney at the beautiful town hall. Join the maestro for a magical evening of music and dance featuring his world class sopranos, the Platin Tenors and plenty of surprises. With show tunes, classical music and plenty of festive fun it promises to be a great way to start the new year! Experience this spectacular musical event on the big screen. Enjoy backstage access, interviews with André and his special guests, musical favourites and much, much more, exclusive to cinema. The evening will be hosted by ITV’s Charlotte Hawkins, a familiar face for all those who enjoy André’s annual Maastricht concert each July.

National Theatre (NT) Live: The Tragedy of King Richard the Second (12A)

Thursday, January 15 at 7pm. Tickets: Adults £20; members and concessions £18; children 14 and under £12:50
Simon Russell Beale plays William Shakespeare’s Richard II, broadcast live from the stage of the Almeida Theatre in London to cinemas. This visceral new production about the limits of power will be directed by Joe Hill-Gibbins, whose previous plays include Little Revolution at the Almeida and Absolute Hell at the National Theatre.

Richard II, King of England, is irresponsible, foolish and vain. His weak leadership sends his kingdom into disarray and his court into uproar. Seeing no other option but to seize power, the ambitious Bolingbroke challenges the throne and the king’s divine right to rule. Simon Russell Beale returns to National Theatre Live screens following broadcasts of Timon of Athens and King Lear, and his recent role in the National Theatre’s critically acclaimed production of The Lehman Trilogy.

Tuesday, January 22, 6:45pm; booking from 2pm Friday December 14
In his intense opera of obsession and the supernatural, Tchaikovsky imagines the opera into life as his own story, its characters giving voice to his unfulfilled desires. The Queen of Spades is based on a short story by Pushkin, and comes to the Royal Opera House in a new production that has already garnered five-star reviews in Amsterdam. Conducted by Antonio Pappano and starring Aleksandrs Antonenko and Eva-Maria Westbroek, this is an engrossing portrayal of a tortured creative artist and a gripping piece of gothic storytelling.

Wednesday, January 30, 6:45pm; booking from 2pm Friday December 14
From the thrill of unexpected romance to a heartbreaking reconciliation that comes too late – Verdi’s La Traviata is one of the most popular of all operas. Alfredo falls in love in with the courtesan Violetta in glamorous Paris society, but underneath the surface run darker undercurrents, leading to a tragic ending. Richard Eyre’s production brings out all the emotional colour, from the giddy discovery of love, through painful confrontation to the inevitable conclusion. Starring Ermonela Jaho, Charles Castronovo and Plácido Domingo.

Thursday, January 31, 2019, 7pm
An explosive new play by David Hare (Skylight), premiering at the National Theatre. Pauline Gibson has spent her life as a doctor, the inspiring leader of a local health campaign. When she crosses paths with her old boyfriend, a stalwart loyalist in Labour Party politics, she’s faced with an agonising decision. What’s involved in sacrificing your private life and your peace of mind for something more than a single issue? Does she dare? Starring Siân Brooke, Owen Findlay, Alex Hassel, Harry Long and Joshua McGuire.