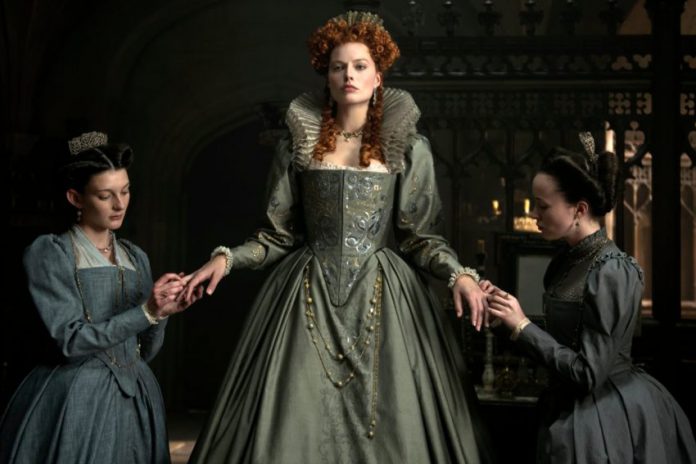 Films showing from Friday, January 25 at the Kino, Rye

Mary Queen Of Scots [15] 124 mins
Nominated for three BAFTAs including Best Actress for Margot Robbie.
Queen of France at 16 and widowed at 18, Mary Stuart defies pressure to remarry. Instead, she returns to her native Scotland to reclaim her rightful throne. However, Scotland and England fall under the rule of the compelling Elizabeth I. Rivals in power and in love, the two must decide how to play the game of marriage versus independence. Starring Saoirse Ronan, Margot Robbie, Joe Alwyn, David Tennant, Guy Pearce and Jack Lowden.

The Front Runner [15] 113 mins
Hugh Jackman stars as the charismatic politician Gary Hart, former senator of Colorado, who becomes the front-runner for the Democratic presidential nomination in 1987. Directed by Jason Reitman (Up In The Air, Tully).

Stan & Ollie [PG] 98 mins
Nominated for 3 BAFTA awards including Outstanding British Film and Best Actor for Steve Coogan.
Laurel and Hardy – the world’s greatest comedy team – face an uncertain future as their golden era of Hollywood films remain long behind them. Diminished by age, the duo
set out to reconnect with their adoring fans by touring variety halls in Britain in 1953. The shows become an instant hit, but Stan and Ollie can’t quite shake the past as long-buried tension and Hardy’s failing health start to threaten their precious partnership. Starring John C Reilly, Steve Coogan and Shirley Henderson.

Colette [15] 112 mins
After marrying a successful Parisian writer known commonly as “Willy”, Sidonie-Gabrielle Colette is transplanted from her childhood home in rural France to the intellectual and artistic splendour of Paris. Willy convinces Colette to ghost-write for him and she pens a semi-autobiographical novel about a witty and brazen country girl, sparking a bestseller and a cultural sensation. Its success inspires her to fight for creative ownership and overcome the societal constraints of the early 20th century. Starring Dominic West, Keira Knightley, Eleanor Tomlinson, Fiona Shaw and Arabella Weir.

The Favourite [15] 119 mins
It’s the early 18th century. England is at war with the French. Nevertheless, duck racing and pineapple eating are thriving. A frail Queen Anne occupies the throne and her close friend Lady Sarah Churchill governs the country in her stead while tending to Anne’s ill health and mercurial temper. When a new servant Abigail Masham arrives, her charm endears her to Sarah. Sarah takes Abigail under her wing and Abigail sees a chance at a return to her aristocratic roots. As the politics of war become quite time consuming for Sarah, Abigail steps into the breach to fill in as the Queen’s companion. Their burgeoning friendship gives her a chance to fulfil her ambitions and she will not let woman, man, politics or rabbit stand in her way. Starring Olivia Colman, Rachel Weisz, Emma Stone, Mark Gatiss, Nicholas Hoult, Joe Alwyn, Jenny Rainsford and James Smith. Spider-Man: Into The Spider-Verse [PG] 117 mins
A dazzling new animation with the voices of Nicholas Cage, Liev Schreiber, Hailee Steinfeld and Lily Tomlin.