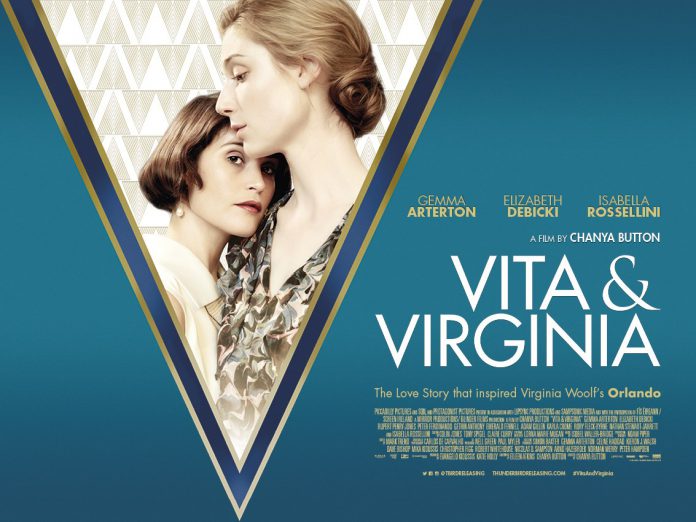 Films showing from Friday July 12 at the Kino:

Booking now: Disney’s The Lion King (2019), at the Kino from July 19. A new production with photo-realistic computer animation and a star cast of voices.

Vita & Virginia (12A) 110 mins
Set amidst the bohemian high society of 1920s England, Vita & Virginia tells the scintillating true story of a literary love affair that fuelled the imagination of one of the 20th century’s most celebrated writers. Vita Sackville-West is the brash, aristocratic wife of a diplomat, who refuses to be constrained by her marriage, defiantly courting scandal through her affairs with women. When she meets the brilliant but troubled Virginia Woolf, she is immediately attracted to the famed novelist’s eccentric genius and enigmatic allure. So begins an intense, passionate relationship. Filmed at and around Sissinghurst Castle and gardens, and starring Gemma Arterton, Elizabeth Debicki, Isabella Rossellini and Rupert Penry-Jones.

Pavarotti (12A) 114 mins
From the filmmaking team behind the highly-acclaimed documentary The Beatles: Eight Days A Week, Pavarotti is the riveting film that lifts the curtain on the icon who brought opera to the people. Luciano Pavarotti gave his life to the music and a voice to the world. Academy Award winner Ron Howard puts audiences front row centre for an exploration of The Voice…The Man…The Legend with a film that features history-making performances and intimate interviews, never-before-seen footage and cutting-edge Dolby Atmos technology.

The Matrix: 20th Anniversary [4k restoration] (15) 136 mins
What if virtual reality wasn’t just for fun, but was being used to imprison you? A computer hacker learns from mysterious rebels about the true nature of his reality and his role in the war against its controllers. Restored in stunning 4K for the 20th anniversary and starring Keanu Reeves, Laurence Fishburne and Carrie-Anne Moss.

Anna (15) 119 mins
Beneath Anna Poliatova’s striking beauty lies a secret that will unleash her indelible strength and skill to become one of the world’s most feared government assassins. An electrifying thrill ride unfolding with propulsive energy, startling twists and breath-taking action. Luc Besson introduces Sasha Luss in the title role with a star-studded cast including Helen Mirren, Cillian Murphy, Alexander Petrov and Luke Evans.

Apollo 11 (U) 93mins
From director Todd Douglas Miller (Dinosaur 13) comes a cinematic experience 50 years in the making. Crafted from a newly discovered trove of 70mm footage, and more than 11,000 hours of uncatalogued audio recordings, Apollo 11 takes us straight to the heart of NASA’s most celebrated mission — the one that first put men on the moon, and forever made Neil Armstrong and Buzz Aldrin into household names. Immersed in the perspectives of the astronauts, the team in Mission Control, and the millions of spectators on the ground, we vividly experience those momentous days and hours in 1969 when humankind took a giant leap into the future. With contributions from Buzz Aldrin, Joan Ann Archer, Janet Armstrong, Neil Armstrong, Jack Benny and Johnny Carson.

Kino Members’ Club: A Hard Day’s Night (1964) (U)
Wednesday July 17 and Thursday July 18, 7:30pm
Twice a month, the Silver Room at Kino Rye is transformed into a members’ screening lounge with a complimentary glass of prosecco, nibbles and a favourite film.

The Beatles in their feature film debut, one of the greatest rock-and-roll comedy adventures ever. The film has a fully restored negative and digitally restored soundtrack. The film takes on the just-left-of-reality style of mock-documentary, following “a day in the life” of John, Paul, George, and Ringo as fame takes them by storm.
Please ring Kino Rye on 01797 226293 to book your free ticket.