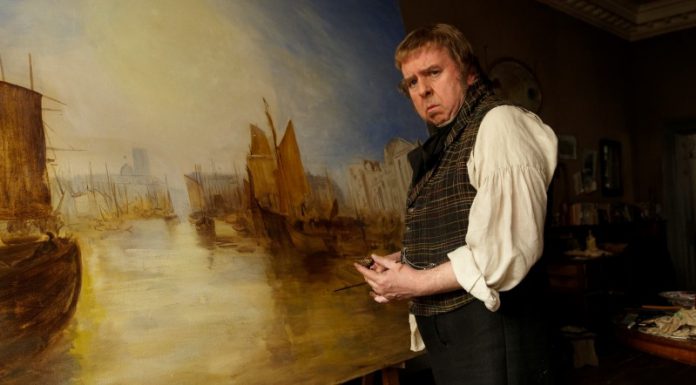 Showing on Friday March 6 at the Rye Community Centre in Conduit Hill is Mr Turner (2014 – 150 minutes, 12A), pictured above. Profoundly affected by the death of his beloved father, loved by a housekeeper he takes for granted, Mr Turner forms a close relationship with a seaside landlady, with whom he eventually lives in Chelsea. Throughout this period he travels, paints, visits country aristocracy and remains an outspoken member of the Royal Academy of Arts. He is both celebrated and reviled by both public and royalty alike, let alone his great contemporary John Constable. An award-winning performance from Timothy Spall and one of the finest films in Mike Leigh’s long career. Also starring Lesley Manville, Paul Jesson, Dorothy Atkinson, Marion Bailey and Ruth Sheen. (7pm start, doors 6.30pm)

Films showing at Rye Kino from Friday March 6 include :

The Second Best Exotic Marigold Hotel, 122 mins [PG].  A second Best Exotic Marigold Hotel for the Elderly and Beautiful is Sonny’s dream, but it’s taking up more time than he has, considering his imminent marriage to the love of his life Sunaina. But a single room-only vacancy causes a problem for some newly arrived guests and things cannot go on as they are. Starring Bill Nighy, Maggie Smith, Richard Gere, Judi Dench, Dev Patel, Penelope Wilton, Celia Imrie and Ronald Pickup.

Ida, 82 mins [12A] Subtitled. A poignant BAFTA and Oscar-winning drama about a young novitiate nun in 1960s Poland who, on the verge of taking her vows, makes a shocking discovery about her past. 18-year old Anna, a sheltered orphan raised in a convent, is preparing to become a nun when the Mother Superior insists she first visit her sole living relative, leading to a revelation that triggers a heart-wrenching journey. Powerfully written and eloquently shot, Ida is a masterly evocation of a time, a dilemma and a defining historical moment. From acclaimed director Pawel Pawlikowski (Last Resort, My Summer of Love).