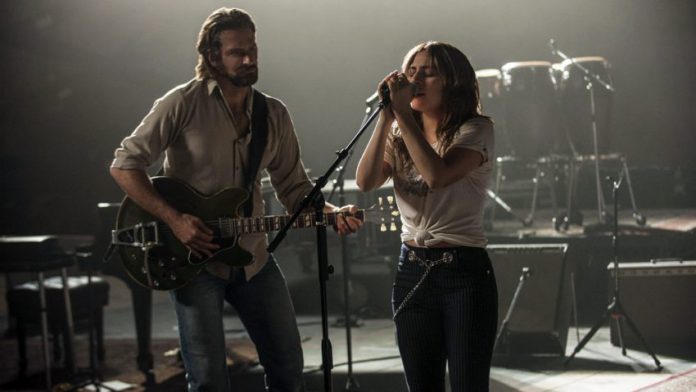 Films showing from Friday October 5 at the Kino, Rye

A Star Is Born [15] 117 mins
Bradley Cooper and Lady Gaga depict the raw and passionate tale of Jack and Ally, two artistic souls coming together, on stage and in life. Theirs is a complex journey through the beauty and the heartbreak of a relationship struggling to survive. In this new take on the tragic love story, seasoned musician Jackson Maine, discovers – and falls in love with – struggling artist Ally. She has just about given up on her dream to make it big as a singer until Jack coaxes her into the spotlight. But even as Ally’s career takes off, the personal side of  their relationship is breaking down, as Jack fights an ongoing battle with his own demons.

The Wife [15] 100 mins
Joan and Joe still complement each other after nearly 40 years of marriage. Where Joe is casual, Joan is elegant. Where Joe is vain, Joan is self-effacing. And where Joe enjoys his very public role as the great American novelist, Joan pours her considerable intellect, grace, charm and diplomacy into the private role of a great man’s wife. But as Joe is about to be awarded the Nobel Prize for Literature, Joan starts to think about the shared compromises, secrets and betrayals. Starring Glenn Close, Jonathan Pryce, Max Irons, Elizabeth McGovern and Christian Slater.

The House With A Clock In Its Walls [12A] 105 mins
In the tradition of Amblin classics where fantastical events occur in the most unexpected places, this is the magical tale of 10-year-old Lewis who goes to live with his uncle in a creaky old house with a mysterious tick-tocking heart. But his new town’s sleepy façade jolts to life with a secret world when Lewis accidentally awakens the dead – revealing a secret and dangerous world of witches, warlocks and deadly curses. Starring Cate Blanchett, Jack Black and Owen Vaccaro. Luis And The Aliens [U] 86 mins
Growing up as half-orphan with an UFOlogist dad who’s obsessed to prove to the whole  world that aliens exist, 12-year-old Luis hasn’t had an easy and certainly not a normal life. So it’s quite a big surprise when one day, three awkward little aliens crash-land right in front of Luis.