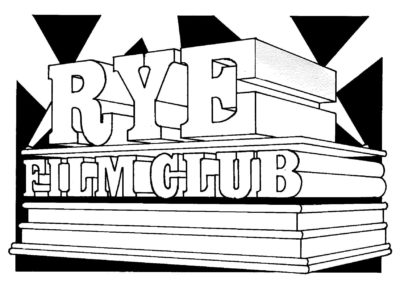 Rye Community Centre Film Club present their Winter 2019 selection which they hope you find of interest. The programme kicks off in the new year with Paddington 2, a film with the feel-good factor to cheer up the dark days of January. It’s followed by another British film, a comedy, then by a drama set in the wild woods of Oregon and finally an Australian “outback western”. Their combined tastes are nothing if not eclectic!

Friday, February 1 – Finding your Feet (2017 – 106 minutes). Another “feel-good” film with an all-star British line-up starring Imelda Staunton as Lady Sandra Abbott who, when she discovers her husband is having an affair with her best friend, seeks refuge with her bohemian sister, Bif, (Celia Imrie) on a council estate, with the resultant culture shock. All is not lost though, when she is persuaded to join Bif’s dance class. Also starring Timothy Spall, David Hayman, John Sessions and Joanna Lumley, it promises to make for an entertaining evening.

Friday, March 8 – Leave no Trace (2018 – 110 minutes). Will (Ben Foster) and his teenage daughter Tom (Tomasin) have lived quite happily off-grid in the forests of Oregon for some years, but when they are discovered and put into social services, their idyllic life is shattered. Can they escape back to their old life? “powerful from start to finish” (Los Angeles Times) (Please note: this film is being shown on the second Friday of the month).

Friday, April 5 – Sweet Country (2017 – 109 minutes). Set in the 1920s in the outback of Australia’s Northern Territory, it stars Hamilton Morris as Sam, an aboriginal farmhand, who works for the local preacher (Sam Neill). When he is sent to work for a neighbour (Ewan Leslie), a bitter war veteran, their relationship quickly deteriorates, ending in a violent and fatal shootout. Although Sam acted in self defence he knows he would not be believed and would be unlikely to get a fair trial, and sees that his only option is to go on the run. Pursued by lawman Sergeant Fletcher (Bryan Brown), can Sam survive as his community starts to question whether justice is being served. The story is based on true events.

The following DVDs are for sale at £6 each, first-come, first-served:

The Shape of Water (Sally Hawkins)