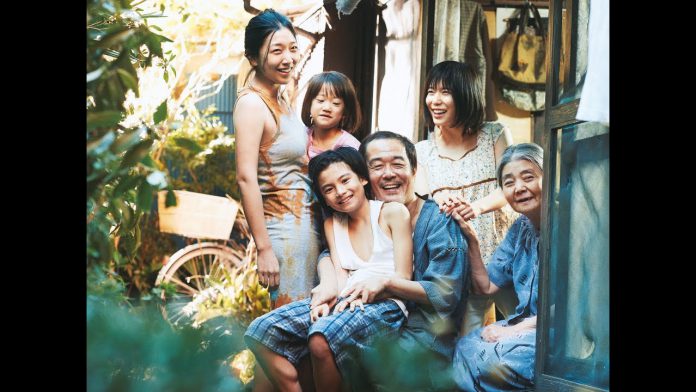 The Shoplifters is a 2018 Japanese drama film directed, written and edited by Hirokazu Kore-eda. Starring Lily Franky and Sakura Ando, it is about a non-biological family that relies on shoplifting to cope with a life of poverty.

In Tokyo, a group lives in poverty: Osamu, a day labourer forced to leave his job after twisting his ankle; his wife Nobuyo, who works for an industrial laundry service; Aki, who works at a hostess club; Shota, a young boy; and Hatsue, an elderly woman who owns the home and supports the group with her deceased husband’s pension.