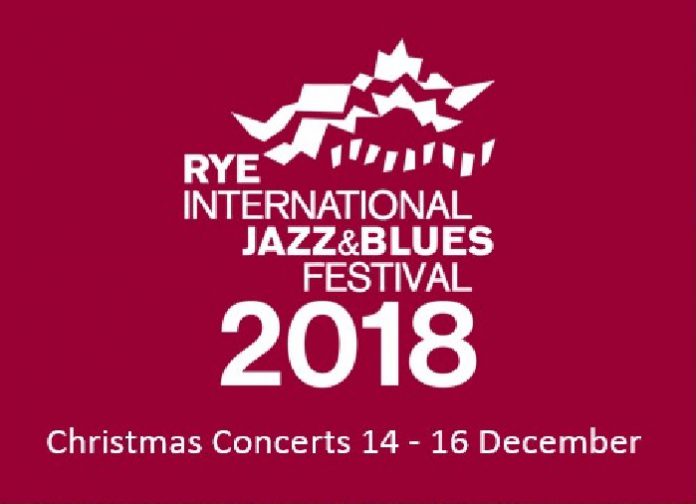 Top performers Aled Jones, KT Tunstall and José Feliciano will top the bill in an exceptional Christmas programme of world-class concerts from Rye Jazz and Blues Festival in the magnificent setting of St Mary’s church.

Spread the joy this season and treat yourself, family and friends and enjoy a spectacular Christmas musical experience in Rye.

On Friday December 14, at 8pm, the festival presents a festive Christmas concert with the much-loved and acclaimed singer, recording artist, radio broadcaster and TV presenter  Aled Jones with choir and special guest. Aled will perform repertoire from his impressive back catalogue, songs from his last solo album release One Voice, and a selection of seasonal classics.

Danielle has enjoyed acclaim both in her hometown of Liverpool and around the nation and we are delighted to welcome her back to St Mary’s church after joining Russell Watson at the festival last year.

At the age of 11, Danielle made her television debut on BBC’s Songs of Praise when she sang Rick Wakeman’s arrangement of Morning has Broken accompanied by Rick himself, after being scouted by the BBC.

On Saturday December 15 at 8pm, KT Tunstall – Brit Award and Ivor Novello Award-winning singer and song writer will be appearing in a truly unique and intimate solo concert prior to her 2019 spring UK tour.

KT has recently released her 6th studio album Wax. She brings the same energy and powerful voice that scored her top hits such as Black Horse And The Cherry Tree and Suddenly I See.

She has spent the summer touring worldwide with artists including The Pretenders, Simple Minds and Barenaked Ladies.

José Feliciano closes this December series of concerts on Sunday December 16, at 7pm, with an eclectic programme that will include his greatest hits, repertoire from his latest album releases and a selection of festive Christmas songs.

Feliciano is acclaimed by critics throughout the world as “the greatest living guitarist” and he performs in Rye with his six-piece band and special guest FaWiJo prior to performing for the Pope at the Vatican.

José will perform greatest hits from his impressive back catalogue, new repertoire and a selection of beautiful Christmas material.

His many smash hits include a wonderful cover of Light My Fire, Che Sara and the wonderful Christmas song, Feliz Navidad, but he is possibly best known in the UK for his version of California Dreamin’.

For more information and to book tickets online go to www.ryejazz.com

The Rye Heritage Centre is now open daily and we invite you to experience the Rye Town Model. The shop also has new and exciting lines.