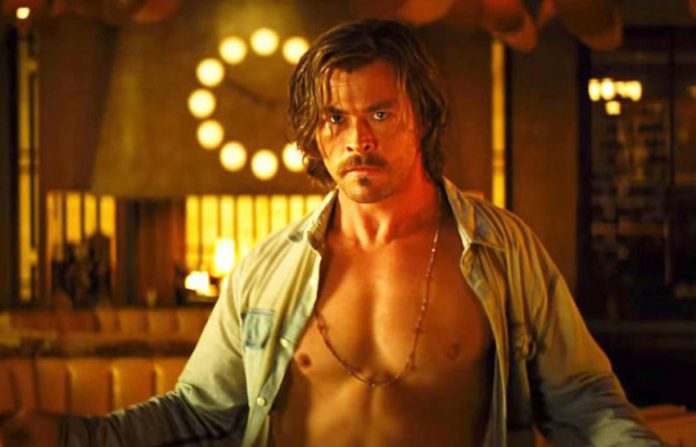 Films showing from Friday October 26 at the Kino, Rye

Bad Times At The El Royale [15] 141 mins
Seven strangers, each with a secret to bury, meet at Lake Tahoe’s El Royale, a rundown
hotel with a dark past. Over the course of one fateful night, everyone will have a last shot
at redemption – before everything goes to hell. Directed by Drew Goddard (The Cabin In The Woods) and starring Jeff Bridges, Cynthia Erivo, Dakota Johnson, Jon Hamm and Chris
Hemsworth, with a fabulous Motown-inspired soundtrack.

First Man [12A] 141 mins
La La Land director Damien Chazelle and star Ryan Gosling return with the riveting story of NASA’s mission to land a man on the moon, focusing on Neil Armstrong and the years 1961-1969. A visceral, first-person account, the film explores the sacrifices and the cost on Armstrong and on the nation of one of the most dangerous missions in history. Also starring Claire Foy, Jason Clarke, Pablo Schreiber, Christopher Abbott and Ciarán Hinds.

They Shall Not Grow Old (3D) [15] 120 mins
Peter Jackson presents an extraordinary new work, using cutting-edge technology to
transform images and audio captured 100 years ago, bringing to life the people who
can best tell the story: those who were there. Using only the voices of the men involved,
the film explores the reality of war on the front line and what their lives were like away
from the trenches.

A Star Is Born [15] 136 mins
Bradley Cooper and Lady Gaga depict the raw and passionate tale of two artistic souls
coming together, on stage and in life. Theirs is a complex journey through the beauty and
the heartbreak of a relationship struggling to survive. Small Foot [U] 96 mins
An animated adventure for all ages, with original music and an all-star cast, Small Foot turns the Bigfoot legend upside down when a bright young yeti finds something he thought didn’t exist – a human. News of this “smallfoot” brings him fame and a chance with the girl of his dreams. It also throws the simple yeti community into an uproar over what else might be out there in the big world beyond their snowy village, in a rollicking story about friendship, courage and the joy of discovery. With the voices of Channing Tatum, James Corden, Zendaya and Danny DeVito.