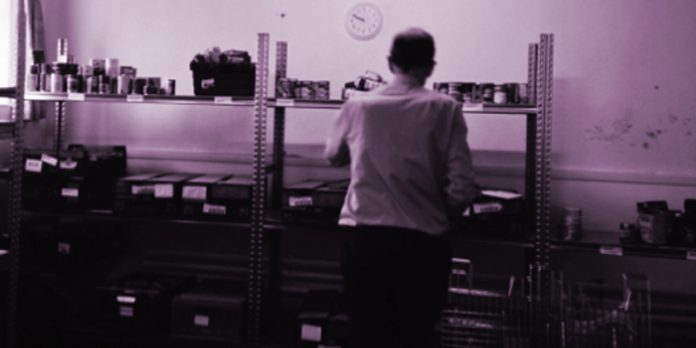 A band of volunteers is sorting donated food, undertaking specialist training and grappling with logistical challenges as Rye prepares to open a weekly foodbank on December 4. It will be located at the Baptist Church in Cinque Ports Street and open each Thursday between 10am and 12noon.

The Rye branch of the Bexhill foodbank has been set up with the support of local churches, through the Churches Together network. It operates under the umbrella of the Trussell Trust, the organisation that has worked with local churches and communities to create 420 foodbanks across the UK. More than 900,000 people received emergency food from trust foodbanks in 2013-14 compared with less than 350,000 in 2012-13.

The casual visitor could be forgiven for assuming that Rye is a relatively affluent area, though a sprinkling of empty shops on the High Street might sound a note of warning. But the beautiful houses of the citadel, the luxury shops and plethora of restaurants are only part of the picture. According to a 2010 study by CACI Ltd, which does data analysis, the proportion of households in poverty in Rye is 37 per cent, much higher than the East Sussex average of 27 per cent and the Great Britain average of 26 per cent. This is for a number for reasons, including the preponderance of low paid and seasonal work and a higher proportion of economically inactive, elderly people. Child poverty is also high. In Rye, 26 per cent of children live in poverty compared with 18 per cent in East Sussex and 21 per cent across England, according to HM Revenue and Customs.

The Rev Simon Earl,  rector of Ninfield and vicar of Hooe, who set up the Bexhill foodbank, was contacted 18 months ago by Canon David Frost of St Mary’s church, Rye, about the possibility of setting up a distribution centre in the town. There was clearly a requirement, as the Bexhill centre had been making emergency deliveries to people in the Rye area at the request of various agencies.

The Bexhill foodbank was opened two years ago. Initially take-up was slow. In the first few weeks, only one or  two vouchers were presented each time but now it is quite common to have 12 vouchers or more, representing more than 40 people.

Vouchers are given out by various organisations, including social workers, job centres, the police, school nurses, GPs, children’s centres, the Citizens Advice Bureau and many others. Each recipient is entitled  to a maximum of three vouchers in any six-month period, and each provides three days’ worth of food, covering three nutritionally balanced meals a day.

Volunteers at the foodbank are also there to chat, offer a cup of tea and to give advice or to refer people to those able to offer more long-term help. Vouchers can be redeemed at any of the three branches run by Bexhill foodbank, namely Rye, Battle and Bexhill itself.

Gillian Jarrett is the manager of the Rye branch and was up to her knees in donated tins, packets, jars and volunteers when I met her. Supplies have already flooded in from the Bexhill and Battle foodbanks as well as from local sources, such as Rye primary school. “People may need help for all sorts of reasons,” she said. “There may be a family illness, a short-term crisis or a benefit gap. For instance, when someone moves from unemployment into work, benefits stop immediately, but people may have to wait a month or more to receive the new salary.” She also pointed out that the service can prevent bad situations getting worse: “Foodbanks help to prevent family breakdown, housing loss, crime and mental problems.”

It is vital to ensure that it is easy for people to donate food. Collecting points have been set up in the local churches and local stores have done the same, including Jempson’s in Peasmarsh and Rye, the Co-op in Winchelsea Beach, Cost Cutters in Rye, the Nisa store at Pontins in Camber and the Rye Harbour Stores.  Many people have already made generous donations.

If you would like to help, there is a “shopping list” of essential supplies, including pasta, tins of tomatoes, squash and cereal. The foodbank can accept other items, such as toiletries, pet food and cleaning materials that are not on the list, but everything needs to be within a three-month expiry period which means that perishable items, such as fruit, eggs and dairy produce, can’t be used.