Connecting Rye to St Pancras
Being able to construct a link between the HS1 and the Marshlink lines is, to state the obvious, needed to enable a Javelin train service to operate directly between Rye and St. Pancras. Network Rail (NR) explained the evolution of the project and those who attended this year’s MLAG AGM will be substantially aware of the proposals:

It should be emphasised this proposal has several advantages that are, perhaps, not so obvious:

After NR announced their proposed track layout at the MLAG AGM in June, a meeting was held in Parliament in July at which NR presented their proposal to the High Speed Rail Working Group (formed and chaired by Amber Rudd and attended by the MLAG chairman as a member of the group).

This track layout solution has, so far, survived considerable scrutiny within NR and is now moving into new phases, costing and a formal proposal to the Department for Transport (DfT). It should be emphasised though that if this proposal satisfies the DfT’s demands, this would put it in the same position as many other rail schemes, needing financing.

For this reason there were presentations at the transport summit from East Sussex County Council on the financing issues.

Line speed upgrades
Again, as presented to the MLAG AGM, for any new service to be fully functioning, the Marshlink line needs to be upgraded with works between Ashford and Eastbourne, so it would not be cheap. These costs also need to be funded, requiring a strategic business case to be prepared.

Marshlink propulsion speculation
The upgrade most thought to be needed on the Marshlink over the past several years has been electrification. But the need for electrification has been brought into focus by recent references in trade press, including this month’s Modern Railway.

That stated that Govia Thameslink Railway’s (GTR) Turbostars (i.e. the Class 171 diesel units used on the Rye line) will be transferred to East Midlands Railways sometime after August next year and replaced by Electrostars (the train used between Hastings and London powered by third rail) after conversion to bi-mode capability.

It is interesting that Amber Rudd, about three years ago, suggested that Electrostars could be retrofitted to form a hybrid train and MLAG has questioned since why this appeared not to have progressed.

But, at the transport summit, GTR confirmed it is supplying engineers with one of its Electrostar trains to enable retrofitting to be tested. If this speculation comes to a positive conclusion, three-car Electrostars would also give us much needed additional capacity. MLAG will be pursuing progress with this proposal. 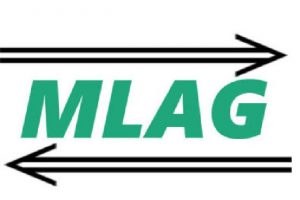 Meanwhile, on more current issues (but also announced at the MLAG AGM by Southern), there will be two changes to the Marshlink timetable from December