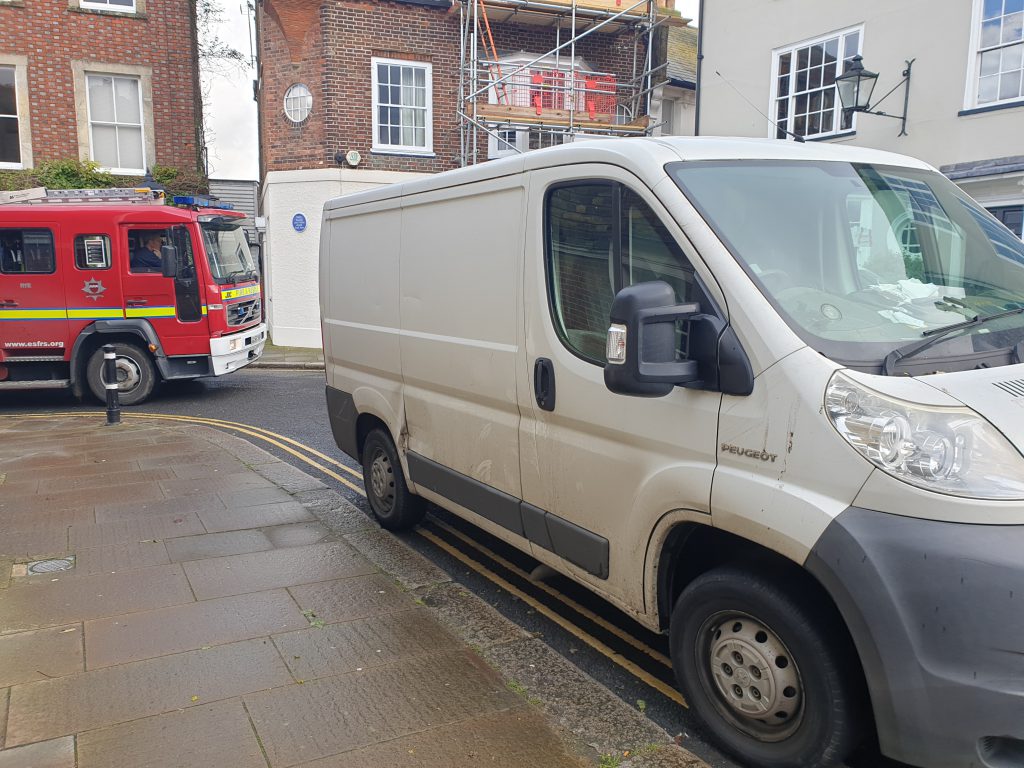 A fire appliance was held up for more than 20 minutes last Friday November 15, as it attempted to negotiate the corner from East Street into Market Street. Had it been an emergency call out, this delay would have had serious consequences.

Fortunately however, this was a practice run with a trainee driver, so the fire crew could afford to exercise patience whilst one of the thoughtless drivers of the illegally parked vehicles was located.

Future parking controls to be introduced next year may prevent such problems, but whether the system, designed principally for large towns, will work in Rye remains to be seen.