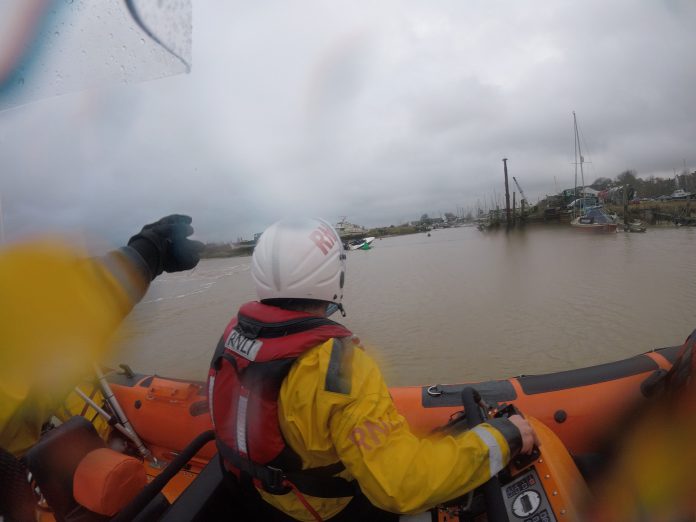 On Tuesday, January 4 at 1:30pm the pagers went off at Rye Harbour and the volunteer crew responded to a shout, the station’s first of 2022.

A speedboat had run aground in the river Rother with three persons on board. Stuart Clark, helm, reported, “With a rapidly ebbing tide the boat was high and dry on the riverbank by the time we arrived. The casualties were fit and well and in good spirits, so we decided to tow the boat off the mud into the river rather than wait for the next tide to re-float the speedboat.”

The plan was carried out successfully and once the casualty vessel was afloat the speedboat was able to make its own way back to the mooring at Strand Quay. They were very grateful for their rescue and have offered a donation to fund the work we do in saving lives at sea.

Stuart commented, “It was a great effort from both shore and boat crew today and good to have so many turn out so quickly.”

It was not only the first deployment for the station this year but John Hornig, (trainee shore crew) and Steve Spooner (deputy launching authority) experienced their first shout, too.

It takes a team of people to launch the boat and it is inspiring to see how the volunteers all pull together, working together to achieve a successful outcome.