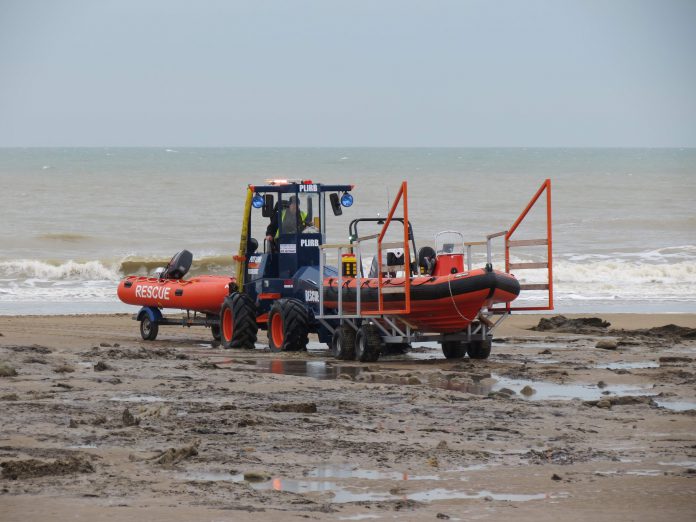 Pett Level Independent Rescue Boat (PLIRB) are well recognised for their hard work in helping our coastline communities. But, during May, this self-funded charity is asking for help from the community instead – not with funding, but with charity nominations.

Nominations are currently being invited as part of specialist insurer Ecclesiastical’s “Movement for Good” awards. Nominations are invited on a more-the-merrier basis, as the number of nominations directly increases the charity’s chance to win one of 500 x £1,000 awards.

It’s free, quick and easy to nominate charities online, as nominations are already open and can be made until Sunday May 24. Votes for Pett Level Independent Rescue Boat can be placed online at movementforgood.com, using the PLIRB’s registered charity number 286891.

Winners will be drawn at random and the more times PLIRBt is nominated, the greater chance it has of being selected.

Helping charities when they need it most

Mark Hews, Group CEO of Ecclesiastical, says: “We’re delighted to announce the launch of Ecclesiastical’s Movement for Good awards for the second year running. The coronavirus is having a major impact on charities and many are facing financial difficulties. Our Movement for Good awards will continue to help charities at a time when they need it most and we know that for many charities, £1,000 can make a real difference.

“We were thrilled to receive so many nominations from the public last year and this year we are encouraging even more people to nominate a good cause. Ecclesiastical is a unique financial services group. We are owned by a charity which means all available profits can be given to the good causes that are so important to our customers. As a company whose purpose is to contribute to the greater good of society, charitable giving is at the heart of our business.”

As a self-funded charity, this is very welcome news for the volunteers at the rescue boat. One of their current projects, which has been significantly stalled by the coronavirus lockdown, focuses on an upgrade to essential equipment: the boathouse base, boat and mobile communications systems. By raising extra cash, the volunteers have been hoping to purchase an innovative hands-free, Bluetooth system from a company which specialises in communications designed for heavy duty use in extreme environments – exactly what’s needed for a coastal rescue service.

Having remained rescue-ready throughout the current situation, the charity hopes to raise the funds needed to install the system across both of their rescue boats. This also involves purchasing the compatible headsets and helmets required by crews. Replacing their existing system of hand-held radios would allow for significantly improved communications, but not just between the crews and base.

It will also make the independent rescue service’s communications with other services, including the Coastguards, Search & Rescue and local RNLI, much easier, clearer and more effective – especially when most communications take place against a howling soundscape of waves, wind, weather and engine noise. The hands-free benefits of the new system will also make the boat crews’ work at sea in all weathers much safer.

This week’s loosened lockdown restrictions on exercising, open spaces and meeting up with a friend outdoors, combined with recent sunshine, means local beaches are becoming increasingly busy. With this in mind, the PLIRB team remain hopeful of raising enough money to get the new system installed this year.

As PLIRB Chair Fiona Johnson shares: “whether you walk or play on the beach with your family and friends or enjoy any watersport, we are on call 24/7 should you get into difficulties. We are there to help you feel safe and enjoy the benefits of the beautiful waters and coastline of this iconic part of East Sussex.”

For PLIRB, being in with a chance of winning this boost to their fundraising and the much-needed equipment upgrade, is very welcome and all friends and supporters of the service are invited to support them with a nomination.

And you can help other charities too

But the rescue charity also want to raise awareness of this opportunity for other local charities. So if you’re reading this with another charity in mind, it’s worth knowing that, as long as they’re a UK charity which has registered charity number, then all charity nominations are welcome at Movement for Good.

For local charities struggling with funding in the current situation, this could be very good news indeed. So, Pett Level Independent Rescue Boat ask local communities to share this information and visit Movement for Good to nominate other local charities who might also benefit from a £1000 win when the awards are drawn in June.

Pett level Independent Rescue Boat is a self-funded charity, providing inshore water safety and search and rescue services along the coastline from Fairlight to Camber, as well as inland on local rivers and waterways. The charity is staffed by volunteers, is independent of the RNLI service, and receives no central or government funding. For more information visit plirb.com.