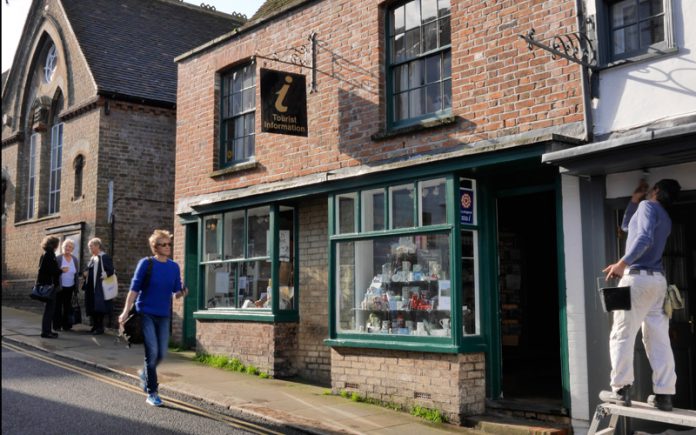 Rye’s tourist centre in Lion Street is to close on March 31 next year, councillors were told on Monday. Rother had halved the budget for running it from £60,000 a year to £30,000, Peter Cosstick, manager of the Heritage Centre, told the policy, resources and general purposes committee.

The closure was confirmed by Nigel Smith, marketing and communications director of Tourism South East, which is currently discussing redundancies with the centre’s six employees, three permanent and three casual. Those talks, he said, would be complete by the end of October. He said Rother wanted to focus on a leaflet distribution service, for which it did not tender.

Rye is fortunate though, said Cosstick, because the likely result of the closure would be to draw more visitors to the town’s Heritage Centre, which is going from strength to strength. Its income for the first six months of this year was up by about 12 per cent. Predicted growth for the centre on Strand Quay was five per cent for the full year. But Heritage could not take on email and telephone inquiries; it did not have the staff to cope: “Our budget is very, very tight.”

But it could and would provide the face-to-face service that would be lost in Lion Street. The higher footfall at Strand Quay would probably translate into more growth, more income.

About half the Heritage Centre’s business comes from student groups, mainly from April to July. This tails off in August and September. Indeed, August was down 2 per cent on last year and September down 10 per cent. In a full year, growth is forecast to be about 9 per cent.

The Heritage Centre will change its opening hours over winter. From Monday November 17 until Monday February 9 it will be open at weekends only. In the immediate post-Christmas period it would also be open for pre-arranged groups.

Cosstick said technology was changing the tourist information business. Increasingly brochures are downloaded on the internet. Nevertheless, Rother has agreed a contract worth £23,000 with Brochure Connect to handle leaflet requests from the public via tourist information points.

Next month, Cosstick added, his centre would benefit from an endorsement in a BBC television series Holiday of a Lifetime. In the show, hosted by Len Goodman, the Strictly Come Dancing judge, Bill Oddie will retrace a childhood holiday to Dungeness and Camber. The show suggests that while in the area there are 10 must places to visit; one of them is the Heritage Centre. The series begins on October 20 and Oddie is scheduled to appear in the third programme.