With my Rye Heritage Centre manager’s hat on I went out this week accompanied by Heritage Ted (see below) who I know many of you have been following on Instagram and Facebook – the mission to find somewhere he could pose for publicity photographs to promote the heritage of Rye to all our followers and supporters.

We headed down to the Gun Garden as the cannons in the foreground, and the amazing view as a back drop, would make a lovely photograph, and the end result you can see below.

The next pose was an action shot with the telescope and as you can see, Ted had his eye on the estuary and the boats –  not as sunny as we would have hoped, but what an amazing vista. However, sitting on piles of cannon balls is not recommended!!

I then thought that with his head stuck in the stocks next to the Ypres Inn, this photo would look good in Ted’s album but, “sacré bleu”, “zut alors” and all that, all of a sudden I realised something was conspicuous by its absence, the stocks had disappeared. But where and why? Or is it just a case of stock down in lockdown? 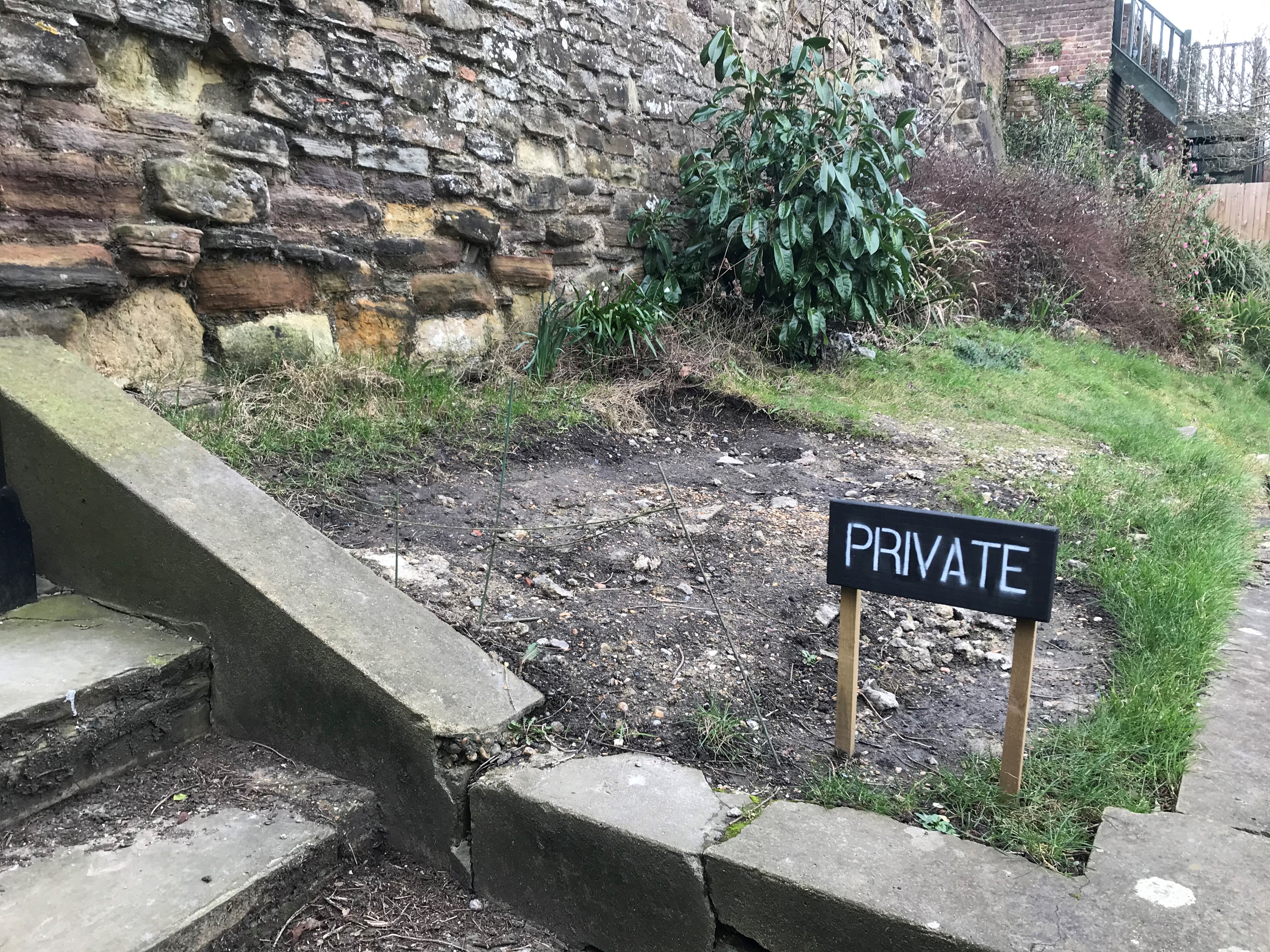 Where the stocks once stood is now a patch of cleared ground with a private sign taking pride of place. End of an era, stock control ? You tell me.

This was once a talking point, and an ideal opportunity for visitors to stop and pose for selfies, before moving on, or stopping at the pub for a drink, but alas no more. It must have been moved for good reason (I assume) but it gives a whole new meaning to the commonly used phrase, stock clearance.

Undeterred, Ted continued on his travels and more highlights of his tour of the town will shortly appear on the Heritage Centre Instagram (@ryeheritage) posts and on Facebook. Follow the bear for more thrilling adventures.