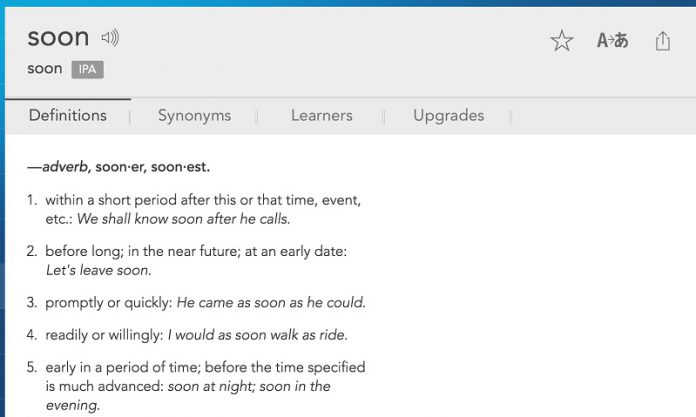 A long, long time ago, in January 2008, the Rye Observer reported Cllr Keith Glazier as saying he hoped to have the Rye Partnership website up and running again soon. More than seven years later we still wait.

Rye News, which is surely a more complicated website model than the Partnership’s will prove to be – when it takes a bow on the worldwide web – was up and running in less than nine months. I commend our developer Mark McGee, of InfoJuice, to Partnership directors.

What I wonder is the cause of the wait? Indecisiveness? An over-ambitious project that defies the efforts of website coding? Is the key player, presumably Glazier, too busy with duties as a county councillor?

If so, why are the other directors so silent? The Partnership is surely not a one-man show. How about the other directors? Sam Souster resigned, of course, after losing his seat on Rother council, but what does he know of the saga? Or the Rye town councillor Jo Kirkham? Please tell us all. You’re on the inside. Why the delay?

Or Ian Ross, a former chairman of Rye College governors. Or Dan Shelley, a vice-principal of Sussex Coast College, Hastings – give us your version do, a sort of school report would do, something like “must pull up socks”. What about Martin Jones, an area manager for Amicus Horizon, or Gina Sanderson, described to me by a Partnership member as a chief operations manager for Rother Voluntary Action and a Peasmarsh parish councillor? What light can you shed? What has taken so long?

I don’t believe that incompetence can be a reason. All of you have been high achievers. Something else then. I didn’t vote for you. I did not and do not have that opportunity. All the more reason then for you all to be utterly transparent with us – the people of Rye.