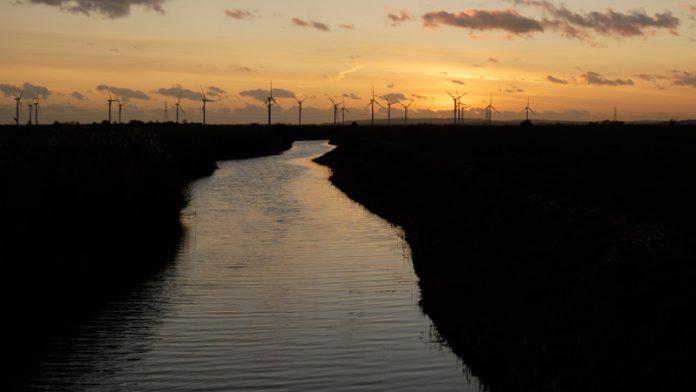 I can’t help but admire the drainage pioneers who over time have managed to reclaim Romney Marsh from the sea. All this was achieved without the technology and machines that we have at our disposal today, but somehow they managed to get all the water flowing in the correct direction on land that was flat or below sea level, so hats off to those people.

The biggest change to farming the marsh occurred when the major pumps were installed in the 1960s. The land was transformed from being capable only of supporting the famous Romney sheep for just the summer months, to suddenly becoming some of the best arable land in the world. Farmers were quick to embrace this and arable farming now accounts for 90 per cent of Romney Marsh. Most of the remaining 10 per cent has stringent restrictions placed on it by Natural England so will stay as traditional grazing marshes.

All this drainage and water management requires regular maintenance. We certainly appreciate the work that the Romney Marshes Internal Drainage Board does in this department. It is responsible for the maintenance and weed cutting on more than 200 miles of watercourses across 100 square miles. It achieves this very efficiently on a shoestring budget with minimal staff. As a farmer we pay a yearly fee based on our land size for this service and it appears our money is spent extremely wisely. Other organisations could learn from its astute accounting practices.

The Environment Agency on the other hand, with its mega-budget, is responsible for the sea defences and main rivers. It appears to be less efficient and squanders thousands. I might be slightly biased at present as I have just had the agency bully its way on to our farm yet again, for the third time in the last 12 years, to re-do maintenance on the same piece of estuary wall that wasn’t carried out correctly the first two times.

I don’t wish to be known as a grumpy farmer with the stereotypical “Get off my land” refrain,  but this maintenance could have been carried out during any of the past two summers instead of during a wet November. The mess and total lack of respect for our land is clearly visible for all to see as you drive across the level crossing at East Guldeford. It now appears that it’s the tennis club’s turn to have the same treatment!

Finally, Merry Christmas to all the Rye News readers. Turkeys may be the traditional meal for the day, but Sussex beef – see those beauties below – and Romney lamb are far superior . . .  Well, I had to say that as I don’t farm turkeys!

* Simon Wright is a farmer at East Guldeford where he and his wife Anne also run a holiday cottages business. Click here to visit their website