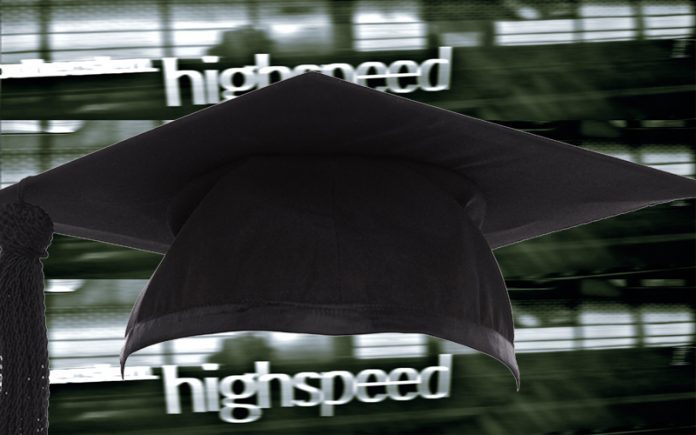 The proposed Marshlink rail upgrade is a project that will cost £150million. It will have a profound impact on the town, some argue for better or worse.

The details of the project were unveiled by our MP, together with a government minister and senior executives from Network Rail in Hastings, back in March of this year. However, eight months on, Rye town councillors are still worryingly ignorant about the details. This was painfully evident at Monday’s full town council when Cllr Ian Potter proposed: “This council does not support the proposed service, but if the proposed service does come about, then we do support it stopping at Rye.”

What we witnessed from the public gallery were some very strong personal opinions being expressed by two councillors. Potter asserted that the town is unlikely to be served by a twice-hourly train service and implied that Rye would be worse off with the introduction of the Javelin service. However, he offered no evidence to back up these assertions. The new service, he argued, would take away “not much” [travelling time] from a journey from Rye to London. He was then silent for the rest of the debate, which left other councillors struggling to consider a matter they clearly weren’t properly informed about.

Cllr Michael Boyd spoke about his fears that Rye would become a commuter town, with a railway line that would somehow divide the place in two. It was difficult to follow his logic on this, given that the line has already been there for 163 years. Unfortunately, he got his own facts about the reduction in journey time spectacularly wrong and then wasn’t particularly sure whether the track would or would not be dualled. He argued that he wasn’t entirely against the proposal, while almost everything he said suggested that he was, including a powerful exhortation that “travellers should get an earlier train and save us all £150million!”

Thankfully, county councillor Keith Glazier was able to bring some relevant information to the table, although even he seemed certain that the entire line would be dualled once more. Rother Cllr Sam Souster countered that he had spoken to someone at Network Rail and could confirm that, yes, the line would be electrified, but no, it would not be dualled.

What was particularly woeful about Monday’s debate was that all the facts about the upgrade were expertly presented by Stuart Harland from the Marsh Link Action Group to the council’s public services committee on October 20. As part of his presentation, Harland handed round official detailed documentation from Network Rail. Also at that meeting, the chairman referred those present to a Rye News story [The real facts about Highspeed rail] which included a detailed Q&A on the rail proposals with a representative from Network Rail.

At that public services meeting only one councillor was present, and seven were absent (and the councillor who did attend was then absent last Monday). Rye News published a summary of the railways item shortly afterwards and also noted in a brief the absence of councillors. The paper then received and printed a letter from Cllr Heidi Foster complaining about the publicity we had given to the absences.

There were some legitimate reasons for absences at that meeting. However, the failure by councillors en masse either to turn up or, instead, to follow up and properly research a matter of this magnitude is inexcusable. I welcome councillors expressing strong opinions in council meetings, but these need to be informed. It isn’t good enough to turn up to a full town council meeting, where the agenda items have been advertised long in advance, in the hope that someone else might have the facts so that a proper debate can be held. The repercussions of such a lack of care were evident on Monday night.

In October I wrote to Chris Denham at Network Rail about some of the details of the proposed upgrade to the Marshlink and I asked him specifically whether the track would be dualled. He told me that there no plans to restore dual track on the Marshlink. However, the passing loop at Rye station will need to be extended for the new trains. Currently this runs between the two level crossings at either end of the station, but new track will need to be added for up to a mile in the westerly direction towards Winchelsea. This should not be a problem because the track bed remains wide enough to accommodate the extra track. Owing to the confusion at Monday night’s council meeting I contacted him again. This is what he said: