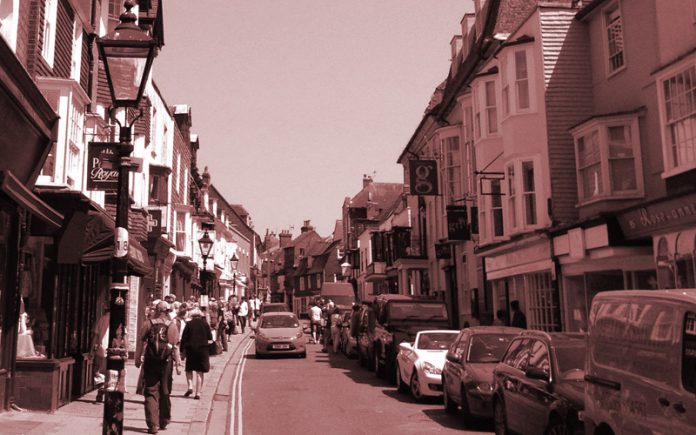 For me, the most important thing about a town is its commerce. Without it the community is sure to wither and die and it is destined to become a ghost dormitory community. I had the misfortune to live in Keswick, in the Lake District, when foot and mouth struck in 2001. Within days car body repair shops, butchers and shoe repairers were all laying off staff. The pavements and pubs were virtually empty!

The commercial life blood of the town had been turned off like a tap and we were all looking at an abyss of ongoing misery. After five months the local action group managed to get the removal of movement restrictions and the town slowly took off again. However, the point had been proved:  no healthy trade and commerce, no future.

For Ryers the big issues have certainly been the closure of Woolworths, Sunday closure of Budgens, the central garage site and should it be Tesco or Sainsbury’s? In practically all these examples the outcome has been negative for the town. The wrong calls have been made by the authorities. We end up with two shops in Cinque Ports Street and a shiny new library which do nothing for the financial heartbeat of Rye; neither did we need a new tourist information centre in the Citadel. Taxpayers money is still being wasted on nefarious projects that sit more comfortably in the private sector.

The real tragedy is that the recession is hitting our High Street hard. Unless running a hotel, B&B, or selling coffee and buns, traders are finally being warned by their accountants that they are on the brink of not making a profit. However, Rother District Council has still refused to lower parking fees or increase the amount of parking for residents and visitors. There has even been a campaign by the district council to stop town festivals and events from advertising in the town. Rye Rotary has also been prohibited from erecting its Christmas “Welcome to Rye” illuminated sign.

On the plus side, the new Kino cinema should inject life into the town later in the evenings and the project has been visionary in its concept. What a pity there aren’t similar groups with ideas that could regenerate the town further. In Rye’s commercial circles the Lower School site needs to be used for retail, needs to offer parking space and needs to bring many more people into town. I’m surprised that there haven’t also been firm proposals to do something practical with the Freda Gardham school after its arts funding runs out. Has anybody contacted Travelodge?

For me, the problems the town faces as it contemplates allowing the Lower School site to be used for non-commercial use again, are summed up by an overheard conversation in late 2008. A councillor asked the owner of a transport company: “I suppose this recession could effect you?” To which the reply came: “Yes, 18 months ago!”

Insulated from reality and commercial necessities our elected leaders need to contemplate the future and not just the ballot box. Urgent plans need to be made and then enacted. Rye became famous all those hundreds of years ago by being commercially minded. What happened to its entrepreneurial spirit?  Has it moved to Bexhill?

Derick Holman has lived and worked in Rye for the past 10 years. He is a director of both the Rye & District Chamber of Commerce and Rye Bay Marketing Limited. The ideas and opinions expressed here are personal and not necessarily shared by these organisa