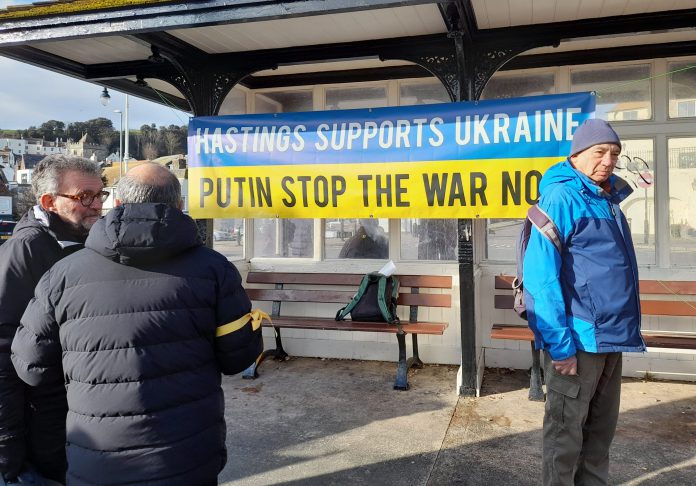 2022 took the world back over 80 years as Putin decided to unleash a plan he has probably been hatching since the break-up of the USSR.

His invasion of the Ukraine is unprovoked, inhuman, and an obsessive desire to re-unite Ukraine to Russia. Putin is a narcissist who cares little about his own people, much less those he is attacking. He cannot be reasoned with. He is an ideologue, full of his own fanciful ideas. Even politicians who are united across most of the world, are all but powerless against him.

Sanctions seem to do little to stop his obsession with destroying a country that has embraced democracy. He is not bothered about NATO. If he was, he would have reached out to European leaders before embarking upon his brutal destruction of Ukraine and her people. I despair at the impotence of the countries who are imposing such sanctions.

The Russian military could, perhaps, stop this war, but that won’t happen as they fear imprisonment along with those currently protesting throughout Russia. Another option perhaps, would be for world leaders to offer some compromise which does not belittle him or make Russia look like the vanquished.

It is, however, heart-warming to witness the unity of ordinary people, politicians, and the European community who are helping the many thousands of Ukrainians fleeing their war-torn country. Money is pouring into different organisations, mostly the Disaster Emergency Committee (DEC) to help at the borders of Ukraine’s neighbouring countries, to whom many are fleeing. This proves that in principle, humanity triumphs over evil. 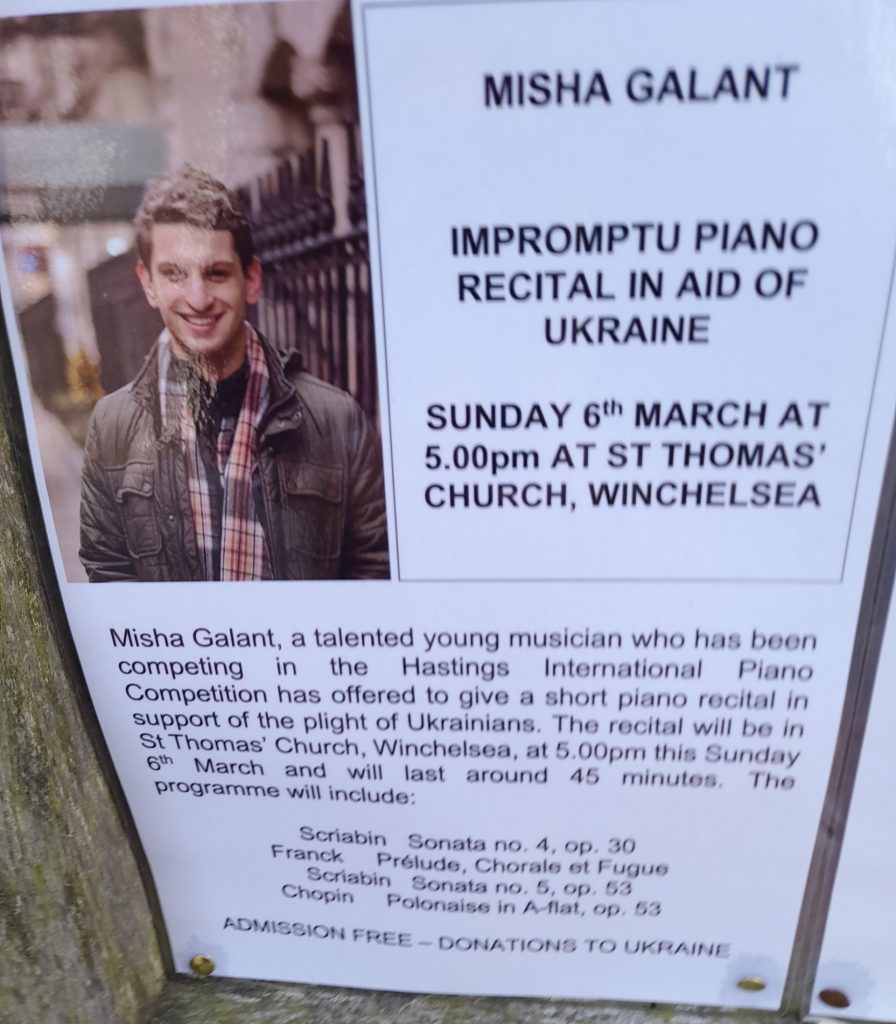 I was at the Hastings piano competition last week and heard from Rye people who had offered their home to two Ukrainians who had won a place in the competition. But the British government had refused them a visa – NOT the same generous acceptance of fleeing Ukrainians held by other governments, and certainly not the generous acceptance the British government are trying to make us believe is on offer. Very few visas have been issued from over 13,000 applications, which is shameful.

There is a six-bedroom house in Rye belonging to a housing association which did house Syrians until they moved to Hastings two years ago. Properties such as this could easily be made available for Ukrainian refugees.

At Winchelsea church last week, over 300 people in the audience donated very generously to the DEC. Their donations will be recognized in tangible ways by those suffering from this war. Unlike the sanctions imposed on a few Russian oligarchs by our government, and sanctions which, as yet, have hardly made an impression upon Putin.

This whole situation is a travesty. Hard to watch, and apparently unstoppable.