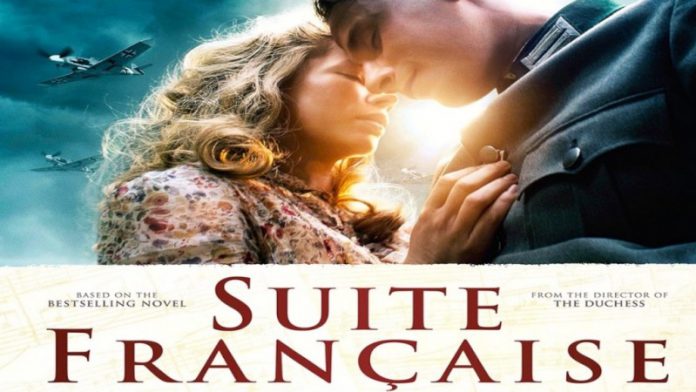 Films showing at Rye Kino from Friday March 27 include:

Suite Francaise 107 mins [15] Based on the bestselling book by Irène Némirovsky and set during the Second World War German occupation of France, Suite Francaise tells the story of Lucile Angellier as she awaits news from her husband – a prisoner of war. When a regiment of German soldiers take up residence in the villagers’ homes, Lucile’s life is turned upside down – further complicated by the arrival of refined German officer, Bruno. Starring Michelle Williams, Matthias Schoenaerts, Kristin Scott Thomas, Ruth Wilson, Sam Riley, Harriet Walter, Lambert Wilson and Margot Robbie.

Join the Kino Rye for a Q&A after the evening screening of Suite Francaise on Saturday March 28. Actor Clare Holman and screen-writer Matt Charman will be there to answer your questions and talk about the making of the film. All tickets £10 to include a regular glass of wine, coffee or soft drink.

Run all Night 114 mins [15] Brooklyn mobster and prolific hit man Jimmy Conlon (Liam Neeson) has seen better days. Long-time best friend of the mob, Jimmy is haunted by the sins of the past and his only solace can be found at the bottom of a glass. But when Jimmy’s estranged son Mike becomes a target, Jimmy must make a choice between crime and the family he abandoned long ago. With Mike on the run and nowhere safe to turn, Jimmy has just one night to finally make things right. Also starring Genesis Rodriguez, Joel Kinnaman, Vincent D’Onofrio, Boyd Holbrook, Ed Harris and Bruce McGill.

Catch me Daddy 112 mins [15] Laila, a British-Asian girl on the run from her family is hiding out with her drifter boyfriend Aaron. When her brother arrives in town with a gang of thugs in tow, she is forced to flee for her life and faces her darkest night. With the bleak beauty of Yorkshire as the background and a plot based on the notion of “honour killing”, Catch Me Daddy is the striking debut feature from the young British filmmaker Daniel Wolfe.

Home (2 & 3D) 94 mins [U] A delightful family film from DreamWorks Animation, the team that brought you How To Train Your Dragon and The Croods. When Oh, a loveable misfit lands on Earth he forms an unlikely friendship with an adventurous girl named Tip. Through a series of comic adventures he changes her planet and she changes his world, and they discover the true meaning of the word “Home”. With the voices of Jim Parsons, Rihanna, Steve Martin, Jennifer Lopez, Matt Jones and Derek Blankenship.

Great children’s films for only £6.50 and for every child ticket bought an adult goes free! Runs first film at weekends. Grab a Kids’ Club loyalty card, have it stamped five times and get your sixth ticket free!