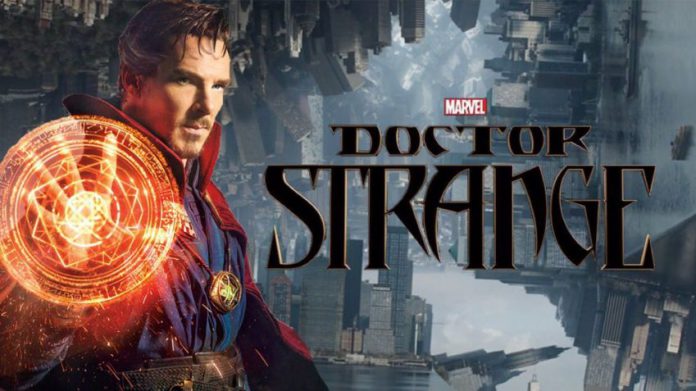 Dr Strange, 2D and 3D [12A] 115 mins
Brilliant neurosurgeon Dr Strange’s life changes after a car accident robs him of the use of his hands. When traditional medicine fails him, he looks for healing and hope, in a mysterious enclave. But the enclave is in a battle against unseen dark forces bent on destroying reality and Strange is forced to choose between his life of fortune and status or leave it all behind to defend the world as the most powerful sorcerer in existence. Starring Benedict Cumberbatch, Tilda Swinton, Rachel McAdams, Chiwetel Ejiofor and Mads Mikkelsen.

Queen of Katwe [PG] 124 mins
Living in the slum of Katwe in Uganda is a constant struggle for 10-year-old Phiona and her family. But her world changes when she meets Robert Katende, a missionary who teaches children how to play chess. Phiona becomes fascinated with the game and soon becomes a top player which opens the door to escape from a life of poverty. Directed by Mira Nair (Monsoon Wedding) and starring  Lupita Nyong’o, David Oyelowo and Madina Nalwanga.

A Street Cat Named Bob [12A] 103 mins
The film adaptation of James Bowen’s much-loved, best-selling book, which tells the moving and life-affirming true story of the unlikely friendship between a young homeless busker, James Bowen, and the stray ginger cat who changed his life. Starring Luke Treadaway with the real-life Bob, Ruta Gedmintas, Joanne Froggatt, Anthony Head and Beth Goddard.

The Light Between Oceans [12A] 133 mins
From acclaimed director Derek Cianfrance (Blue Valentine, A Place Beyond The Pines), and based on the extraordinary best-selling novel from ML Stedman, this is a beautiful yet heartbreaking story about fate, love, moral dilemmas and the lengths to which one couple will go to see their dreams realised. Starring Michael Fassbender, Alicia Vikander, Rachel Weisz, Bryan Brown and Jack Thompson.

I, Daniel Blake [15] 100 mins
Directed by Ken Loach and winner of the Palme d’Or at Cannes 2016. Daniel Blake, 59, who has worked as a joiner for most of his life in Newcastle needs help from the state for the first time ever following an illness. He crosses paths with Katie, a single mother whose only chance to escape a homeless hostel in London has been to accept a flat in a city she doesn’t know, some 300 miles away. Daniel and Kate find themselves caught on the barbed wire of welfare bureaucracy in this powerful film written by Paul Laverty and starring Dave Johns and Hayley Squires. Pete’s Dragon 2D  [PG] 103 mins
In this engaging remake of the 1977 film of the same name, Mr Meacham, a woodcarver, delights local children with stories of a mysterious dragon that lives deep in the woods of the Pacific Northwest. His daughter Grace believes these are just tall tales, until she meets Pete , a 10-year-old orphan who says he lives in the woods with a giant, friendly dragon. With help from a young girl named Natalie, Grace sets out to investigate if this claim can be true. Starring Robert Redford, Bryce Dallas Howard, Oakes Fegley and Oona Laurence.