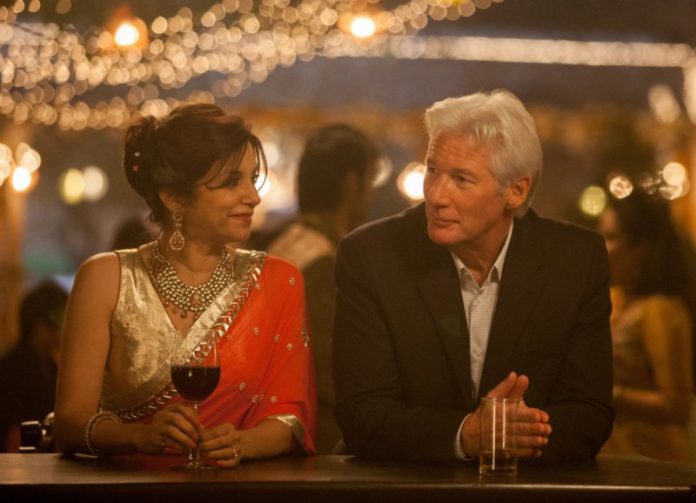 Films showing at Rye Kino from Friday March 13 include :

The Second Best Exotic Marigold Hotel, 122 mins [PG].  A second Best Exotic Marigold Hotel for the Elderly and Beautiful is Sonny’s dream, but it’s taking up more time than he has, considering his imminent marriage to the love of his life Sunaina. But a single room-only vacancy causes a problem for some newly arrived guests and things cannot go on as they are. Starring Bill Nighy, Maggie Smith, Richard Gere (pictured above), Judi Dench, Dev Patel, Penelope Wilton, Celia Imrie and Ronald Pickup.

It Follows 100 mins [15]  For 19-year-old Jay, autumn should be about school, boys and weekends out at the lake. But after a seemingly innocent sexual encounter, she finds herself plagued by strange visions and the inescapable sense that someone, something, is following her. Faced with this burden, Jay and her friends must find a way to escape the horrors that seem to be only a few steps behind. It Follows is a suspenseful, beautifully-shot, horror film directed by David Robert Mitchell and stars Maika Monroe, Keir Gilchrist, Jake Weary, Daniel Zovatto, Linda Boston, Heather Fairbanks and Ruby Harris.

Cake 102 mins [15].  Jennifer Aniston was nominated for a Golden Globe for her role as Claire in this darkly funny film starring Sam Worthington, Anna Kendrick and Adriana Barraza. Claire is a chronic back pain sufferer who is no good at hiding her physical or emotional problems. Blunt to the point of searing insult, even her chronic-pain support group kicks her out. But the suicide of Nina, one of Claire’s fellow members, prompts a rather dubious relationship with the dead woman’s husband. Also starring Felicity Huffman and William H. Macy.

The Duke of Burgundy 104 mins [18].  Cynthia (played by Borgen star Sidse Babett Knudsen) and Evelyn (Chiara d’Anna, pictured below) love each other. Day after day the couple act out a simple ritual that ends in Evelyn’s punishment. As Cynthia yearns for a more conventional relationship, Evelyn’s obsession quickly becomes an addiction that pushes their relationship to breaking point. The Duke of Burgundy is a dark melodrama from Peter Strickland, the multi award-winning writer and director of Berberian Sound Studio and Katalin Varga.