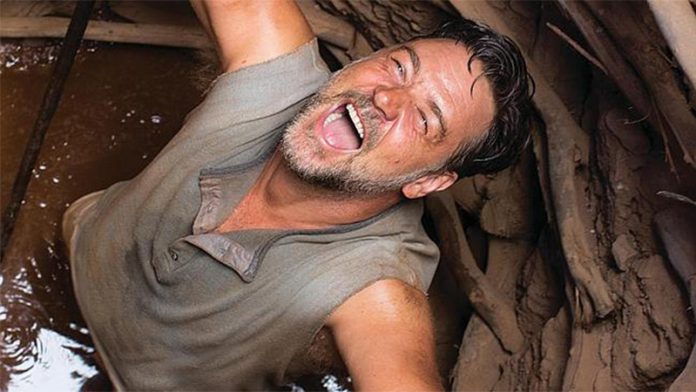 Films showing at the Rye Kino from Friday April 17 include :

The Water Diviner 111 mins [15]  Russell Crowe’s directorial debut is set four years after the devastating Battle of Gallipoli and Arthur, Edward and Henry Connor, are still reported missing in action. With no further news and desperately holding onto hope, their father Joshua travels from his farm in Australia to the war-torn peninsula to find his own peace. Starring Crowe (pictured above}, Olga Kurylenko, Jai Courtney and Isabel Lucas.

Fast and Furious 7  137 mins [12A]  Continuing the franchise built on speed, Vin Diesel, Paul Walker and Dwayne Johnson lead the returning cast fighting off a new set of baddies led by Jason Statham and Kurt Russell. Sadly this is Walker’s last movie and there is a moving tribute at the end of the film.

A Little Chaos 117 mins [12A]  A romantic drama directed by Alan Rickman following Sabine, a strong-willed and talented landscape designer, who is chosen to build one of the main gardens at King Louis XIV’s new palace at Versailles. In her new position of power, she challenges gender and class barriers while also becoming professionally and romantically entangled with the court’s renowned landscape artist André Le Notre. Starring Kate Winslet, Matthias Schoenaerts, Alan Rickman, Stanley Tucci, Helen McCrory and Jennifer Ehle.

Dior and I 90 mins [12A] subtitled. Frédéric Tcheng’s behind-the-scenes look at the creation of Raf Simons’s highly-anticipated first haute couture collection for the House of Dior. From conception through to its ultimate exhibition, the process is shown to be a true labour of love by the stoic Simons and a dedicated, charming and often humorous team of collaborators. Beautifully melding the everyday, pressure-filled components of fashion with an elegant reverence for the history of Dior, Tcheng’s colourful homage to the seamstresses of the atelier is magical.

While We’re Young 97 mins [15] A smart and funny comedy from writer/director Noah Baumbach. Ben Stiller and Naomi Watts are a happily married middle-aged couple, but it’s plain that something is missing. Enter Jamie (Adam Driver) and Darby (Amanda Seyfried), a free-spirited young couple, who are spontaneous, ready to drop everything in pursuit of their next passion. But things aren’t that simple and maybe the new friends aren’t as straightforward as they seem.

Wild Tales 122 mins [15] subtitled. Inequality, injustice and the demands of the world we live in cause stress and depression for many people. Most face them on bended knee – but some of them explode. This is a film about those people. Comprising six stories of apocalyptic revenge, Wild Tales is a blackly-comic series of vignettes on what it means to lose control. By turns shocking, hilarious, violent and preposterous, this is an exhilarating thrill-ride produced by Pedro Almodóvar. Nominated for both a Palme D’Or at Cannes and an Oscar at this year’s awards.

The great children’s film showing at Kid’s Club this week is Home (pictured below), a delightful family show from DreamWorks Animation, the team that brought you How To Train Your Dragon and The Croods. When Oh, a loveable misfit lands on Earth, he forms an unlikely friendship with an adventurous girl named Tip. Through a series of comic adventures he changes her planet and she changes his world, and they discover the true meaning of the word “home”. With the voices of Jim Parsons, Rihanna, Steve Martin, Jennifer Lopez, Matt Jones and Derek Blankenship.(2D) 94 mins [U]

Kids’ Club tickets cost £6.50 and for every child ticket bought, an adult goes free. Grab a Kids’ Club loyalty card, have it stamped five times and get your sixth ticket free!