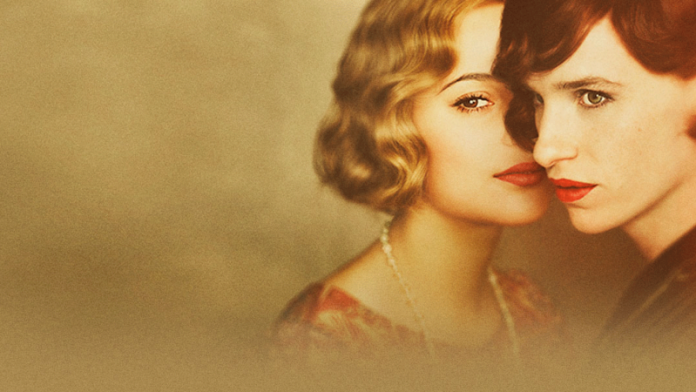 Absolutely Fabulous the Movie  [15] 95 mins  Kino Babes screenings on Friday July 1 at 12.45pm at Rye Kino. Lights a little brighter and sound a little lower for the benefit of our customers with babes in arms. All tickets are £6.50 to include a regular hot drink. They’re back! The wait is finally over! And appropriate for their big screen debut the absolutely fabulous Edina and Patsy are still oozing glitz and glamour, living the high life they are accustomed to; shopping, drinking and clubbing their way around London’s trendiest hotspots. Blamed for a major incident – it was an accident darling! – at an uber fashionable launch party, they become entangled in a media storm and are relentlessly pursued by the paparazzi. Fleeing penniless to the French Riviera, they hatch a plan to make their escape permanent and live the high life forever more! Starring Jennifer Saunders, Joanna Lumley, Julia Sawalha, Jane Horrocks, June Whitfield with Kate Moss, Mo Gaffney, Dawn French, Emma Bunton, Stella McCartney, Joan Collins, Kelly Hoppen and Kim Kardashian.

Race  [PG] 138 mins  A slick and stirring biopic based on the incredible true story of Jesse Owens, the first African American athlete to win gold at the Olympic games. Race charts the pivotal years in Owens’ life and world history, culminating in his triumphant quadruple-gold performance at the 1936 Olympics in Nazi Germany. Directed by Stephen Hopkins, Race stars Stephan James (Selma) as Jesse Owens and Jason Sudeikis (We’re the Millers) and also features Academy Award-winners Jeremy Irons and William Hurt as well as Carice Van Houten (Game of Thrones). Top Cat Begins [U] 90 mins  Tracing the roots of the famous animated series, get set for this “purrfect” adventure that tells the “tail” of how our hero, TC created his infamous, Manhattan alley cats gang. A funny and warm-hearted family film for all ages.

Further events at Rye Kino include the following :

Monday July 4 at 8:30pm  Papal Basilicas of Rome  [12A]   To commemorate the Extraordinary Jubilee of Mercy announced by Pope Francis last year, this sumptuous documentary brings completely new footage of St Peter’s, St John Lateran, St Mary Major, St Paul Outside The Walls and the works of art enshrined within them to the big screen. The creators of last year’s Florence and the Uffizi Gallery have captured incredible new footage of the awe-inspiring basilicas with a film offering a unique opportunity to savour in pin-sharp detail the work of Michelangelo, Bernini and Borromini, and revealing the fascinating story of the basilicas, their evolution over the centuries and the most famous artworks contained within.

LIVE: Thursday July 7 at 7pm  Romeo and Juliet   The Kenneth Branagh Theatre Company Live cinema season continues with a new vision of Shakespeare’s heart-breaking tale of forbidden love. Branagh and his creative team present a modern passionate version of the classic tragedy. A longstanding feud between Verona’s Montague and Capulet families brings about devastating consequences for two young lovers caught in the conflict. Starring Richard Madden and Lily James as Romeo and Juliet with Sir Derek Jacobi as Mercutio and Meera Syal as The Nurse.

Desert Dancer plus Q&A [15] 102 mins   Pippa Cross, the producer of Desert Dancer, will be holding a Q&A at Kino Rye on Monday July 11 at 8:10pm. Pippa is a successful TV and film producer with film credits including Kino favourites Summer In February and Chalet Girl. Other past credits include My Left Foot, Vanity Fair and Jack and Sarah. All tickets are £10 which includes a regular glass of wine, coffee or soft drink.

In the volatile political and social climate of 2009 Tehran, Afshin Ghaffarian and a group of dancers start a secret dance company in the Iranian desert, far from the prying eyes of the government police. Along with Elaheh, who helps them refine their skills, Afshin and his company use what little Internet they can access to learn moves from banned videos starring legends like Michael Jackson, Gene Kelly and Rudolf Nureyev. Based on a true story and starring Reece Ritchie and Freida Pinto.

Thursday July 14 at 8:30pm encore: David Bowie is The David Bowie is exhibition was the fastest selling in the Victoria & Albert Museum’s history, featuring a remarkable collection of handwritten lyrics, original costumes, fashion, photography, film, music videos, set designs, Bowie’s own instruments and album artwork from the David Bowie Archive. First released in 2013, this film takes the audience on a fascinating journey through the exhibition with special guests to provide expert insight into the most memorable music videos and original costumes, as well as more personal items such as never-before-seen handwritten lyrics, album cover artwork, set designs and diary entries which reveal the creativity and evolution of Bowie’s ideas.

LIVE: Thursday July 21 at 7pm Richard III: Live at the Almeida Theatre  The Almeida Theatre makes its live screening debut with an explosive new adaptation of Richard III, directed by Almeida Artistic Director Rupert Goold with Ralph Fiennes as Shakespeare’s most notorious villain and Vanessa Redgrave as Queen Margaret. War-torn England is reeling after years of bitter conflict. King Edward is ailing, and as political unrest begins to stir once more, Edward’s brother Richard – vicious in war, despised in peacetime – awaits the opportunity to seize his brother’s crown. Through the malevolent Richard, Shakespeare examines the all-consuming nature of the desire for power amid a society riddled by conflict.

Live by satellite at Kino Rye on Saturday July 23 at 7pm  Andre Rieu Maastricht Concert 2016   The Dutch Maestro returns to his hometown of Maastricht for another incredible open-air concert, filled with song, laughter and fireworks! Prepare for emotions to soar during one of the most extraordinary concerts of the year, attracting audiences from all around the world. In 2015, André’s Maastricht Concert broke UK Box Office Records, making it the highest grossing music concert of all time.

Chasing Ice [12A] 80 mins   In partnership with Rother Environmental Group, Kino is delighted to be hosting a special screening of this acclaimed documentary in the Silver Room in Rye on Monday July 25 at 7.00pm with an informal discussion afterwards. All tickets £5.  Acclaimed photographer James Balog was once a sceptic about climate change. But through his Extreme Ice Survey, he discovers undeniable evidence of our changing planet. Balog deploys revolutionary time-lapse cameras to capture a multi-year record of the world’s changing glaciers. His hauntingly beautiful videos compress years into seconds and capture ancient mountains of ice in motion as they disappear at a breathtaking rate. Travelling with a team of young adventurers across the brutal Arctic, Balog risks his career and his well-being in pursuit of the biggest story facing humanity.

Beatrice et Benedict  LIVE: Tuesday August 9 at 6:30pm A rarely performed sparkling gem, Beatrice et Benedict will have its fully staged Glyndebourne debut in a new production directed by Laurent Pelly. Inspired by Shakespeare’s Much Ado About Nothing,it is an impassioned love letter to the Bard and makes a perfect addition to 2016’s Shakespeare 400 anniversary celebrations. This is the first ever fully staged version of the opera at Glyndebourne, as it has only previously been performed as a concert piece. French mezzo soprano Stéphanie d’Oustrac plays Béatrice opposite the US tenor Paul Appleby.