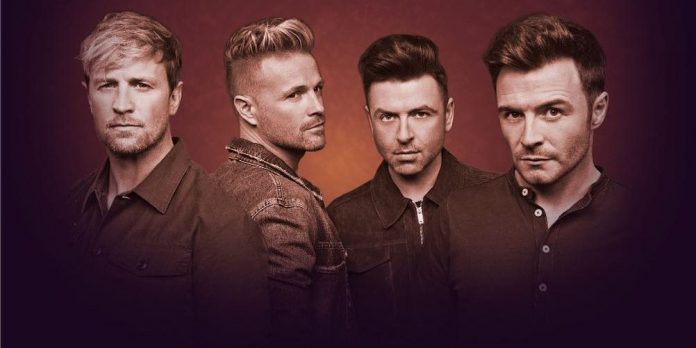 Event cinema at the Kino, from Friday July 5

Saturday July 6, 8pm
Westlife are back! It’s been 20 years since they smashed into the charts in 1999 with Swear It Again and went on to achieve a staggering 14 number one UK singles, selling 55 million records worldwide. Heart-throbs Shane, Nicky, Mark and Kian will perform brand-new music alongside their greatest hits and all 14 of their UK No.1 singles, including Uptown Girl,  Flying Without Wings, You Raise Me Up and If I Let You Go in the final spectacular show of the tour.

Thursday July 25 at 7pm, booking now
The story of a family and a company that changed the world, told in three parts on a single evening. From dreams on a dockside to the spectacular collapse that triggered the largest financial crisis in history, Academy Award-winner Sam Mendes (Skyfall, The Ferryman) directs Simon Russell Beale, Adam Godley and Ben Miles who play the Lehman Brothers, their sons and grandsons.

Sunday July 28 at 2pm, booking now
Put on your dancing shoes for this year’s fairytale concert. Set against the stunning medieval backdrop of Maastricht’s Vrijhof Square, André Rieu’s hometown concert features the superstar violinist with his 60-piece Johann Strauss Orchestra plus world-class singers, other special guests and over 100 dancers. Known for his festive live performances, this year, he will be performing the music closest to his heart – the waltz, starting with The Blue Danube.

Wednesday, July 31, 7pm, booking now
When a young novice nun is compromised by a corrupt official, who offers to save her brother from execution in return for sex, she has no idea where to turn for help. When she threatens to expose him, he tells her that no one would believe her. Shakespeare wrote this play in the early 1600s, yet it remains astonishingly resonant today. Artistic Director, Gregory Doran, directs this new production.

Sunday August 4 at 5:30pm, booking now
Mozart’s most magical comedy returns to Glyndebourne for the first time in more than a decade. This new production by the renowned directing/design duo Barbe & Douce promises to take a fresh and playful look at the opera’s troublesome gender politics. Leading British bass Brindley Sherratt stars as Sarastro alongside Caroline Wettergreen, Sofia Fomina and Björn Bürger.