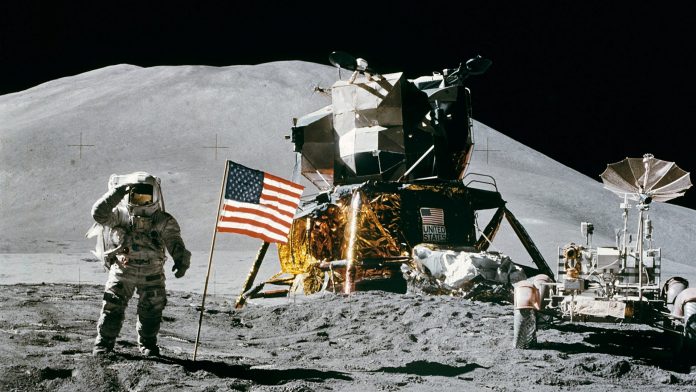 Films showing from Friday July 5, at the Kino:

Booking now: Disney’s The Lion King (2019), at the Kino from July 19. Booking from 2pm Friday July 5. A new production with photo-realistic computer animation and a star cast of voices.

Apollo 11 (U) 93mins
From director Todd Douglas Miller (Dinosaur 13) comes a cinematic experience 50 years in the making. Crafted from a newly discovered trove of 70mm footage, and more than 11,000 hours of uncatalogued audio recordings, Apollo 11 takes us straight to the heart of NASA’s most celebrated mission — the one that first put men on the moon, and forever made Neil Armstrong and Buzz Aldrin into household names. Immersed in the perspectives of the astronauts, the team in Mission Control, and the millions of spectators on the ground, we vividly experience those momentous days and hours in 1969 when humankind took a giant leap into the future. With contributions from Buzz Aldrin, Joan Ann Archer, Janet Armstrong, Neil Armstrong, Jack Benny and Johnny Carson.

Five Seasons: The Gardens of Piet Oudolf (U) 75mins
Director Thomas Piper filmed the garden designer Piet Oudolf over five seasons as he designed gardens from New York’s High Line and Hauser and Wirth’s prairie garden in Somerset, England to his own private garden at Hummelo in Holland. Exquisitely filmed, this fascinating documentary follows Piet as he describes his creative process, from his abstract sketches to his theories on beauty.

Yesterday (12A) 116 mins
Jack Malik is a struggling singer-songwriter in an English seaside town whose dreams of fame are rapidly fading, despite the fierce devotion and support of his childhood best friend, Ellie. After a freak bus accident during a mysterious global blackout, Jack wakes up to discover that The Beatles have never existed. Performing songs by the greatest band in history to a world that has never heard them, Jack becomes on overnight sensation with a little help from his agent. Written by Richard Curtis (Four Weddings And A Funeral, Love Actually), directed by Danny Boyle (Slumdog Millionaire) and starring Ana de Armas, Lily Jame,s Kate McKinnon, James Corden and Himesh Patel.

Kino Classics: A Man For All Seasons (1966) (U) 117mins
Saturday July 6 and Sunday July 7, 2:30pm
When the highly respected British statesman Sir Thomas More (Paul Scofield) refuses to pressure the Pope into annulling the marriage of King Henry VIII (Robert Shaw) and his Spanish-born wife, More’s clashes with the monarch increase in intensity. A devout Catholic, More stands by his religious principles and moves to leave the royal court. Unfortunately, the King and his loyalists aren’t appeased by this, and press forward with grave charges of treason, further testing More’s resolve.