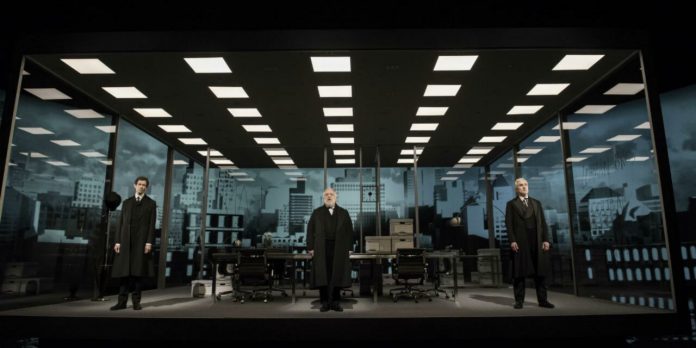 EVENT CINEMA AT THE KINO, RYE

Thursday September 5 at 7pm
The story of a family and a company that changed the world, told in three parts on a single evening. From dreams on a dockside to the spectacular collapse that triggered the largest financial crisis in history, Academy Award-winner Sam Mendes (Skyfall, The Ferryman) directs Simon Russell Beale, Adam Godley and Ben Miles who play the Lehman Brothers, their sons and grandsons.

Thursday September 12 at 7:30pm, booking now
ENCORE: Monday September 30 at 8:30pm
ENCORE: Monday October 14 at 8:15pm
See the hilarious, award-winning, one-woman show that inspired the BBC’s hit TV series Fleabag, broadcast live to cinemas from London’s West End. Written and performed by Phoebe Waller-Bridge, Fleabag is a rip-roaring look at some sort of woman living her sort of life. Fleabag may seem oversexed, emotionally unfiltered and self-obsessed, but that’s just the tip of the iceberg. With family and friendships under strain and a guinea-pig café struggling to keep afloat, Fleabag suddenly finds herself with nothing to lose.

Fired from his skiffle band, Francis Henshall becomes minder to Roscoe Crabbe, a small-time East End hood, now in Brighton to collect £6,000 from his fiancée’s dad. But Roscoe is really his sister Rachel posing as her own dead brother, who’s been killed by her boyfriend Stanley Stubbers. Holed up at The Cricketers’ Arms, the permanently ravenous Francis spots the chance of an extra meal ticket and takes a second job with one Stanley Stubbers, who is hiding from the police and waiting to be reunited with Rachel. To prevent discovery, Francis must keep his two guvnors apart. Simple.

Thursday October 3, booking from 2pm, Friday August 16
With an illustrious career spanning five decades: more than150 stage roles, 11 Grammy Awards and his iconic performances alongside Luciano Pavarotti and José Carreras as one of the Three Tenors, the legendary Plácido Domingo continues to astound audiences with a vocal talent unmatched in power. For one very special night, Plácido Domingo returns to the breathtaking Arena Di Verona amphitheatre, 50 years after his debut, to revisit three of his greatest-ever roles.

Thursday October 10, booking from 2pm, Friday August 16
Hailed as the UK’s most influential comedian of all time, legendary Scot Billy Connolly is coming to cinemas with this brilliant show from his final stand-up tour. This whip smart routine is a riotous journey filled with outrageous tales and blistering observations of everyday absurdities. Screening as a special one-night-only event, Connolly will also muse upon his career, life and legacy in a deeply personal interview filmed exclusively for cinema audiences.