Films showing from Friday November 1 at the Kino:

Rugby World Cup Final: England vs South Africa  150mins
Broadcast live on the big screen at Kino Hawkhurst and Kino Rye on Saturday, November 2
Kick-off 9am, arrival from 8.30am
All tickets £10 in advance, which includes a bacon roll and a large hot drink (tea, coffee, hot chocolate)

Maleficent: Mistress of Evil (PG) 119mins
Maleficent travels to a grand old castle to celebrate young Aurora’s upcoming wedding to Prince Phillip. While there, she meets Aurora’s future mother-in-law – a conniving queen who hatches a devious plot to destroy the land’s fairies. Hoping to stop her, Maleficent joins forces with a seasoned warrior and a group of outcasts to battle the queen and her powerful army.

Official Secrets (15) 112mins
One day in 2003, in the lead up to the Iraq War, British intelligence specialist Katharine Gun receives a memo from the NSA with a shocking directive: the United States is enlisting Britain’s help in collecting compromising information on UN Security Council members to blackmail them into voting in favour of an invasion of Iraq. Unable to stand by and watch the world be rushed into war, Gun makes the gut-wrenching decision to defy her government and leak the memo to the press.

The Peanut Butter Falcon (12A) 97mins
After running away from a residential nursing home to pursue his dream of attending the professional wrestling school of his idol, The Salt Water Redneck, and becoming a pro wrestler, a young man with Down syndrome befriends an outlaw who becomes his coach and ally.

Abominable (U) 97mins
When teenage Yi encounters a young Yeti on the roof of her apartment building in Shanghai, she and her mischievous friends, Jin and Peng, name him “Everest” and embark on an epic quest to reunite the magical creature with his family at the highest point on Earth. But the trio of friends will have to stay one-step ahead of Burnish, a wealthy man intent on capturing a Yeti, and zoologist Dr. Zara to help Everest get home.

Shaun The Sheep: Farmageddon (U) 87 mins
And Kids’ club, see below
It’s close encounters of the herd kind in Shaun’s new out-of-this-world movie from Aardman. When an impish and adorable alien with amazing powers called Lu-La crash-lands near Mossy Bottom Farm, Shaun soon sees an opportunity for alien-powered fun and adventure, setting off on a mission to shepherd the intergalactic visitor home before a sinister organisation can capture her…can Shaun and the flock avert Farmageddon on Mossy Bottom Farm before it’s too late?

The Farewell (PG) 100 mins
A delightful comedy-drama following an American-Chinese family who, when they discover their beloved Grandmother has only a short while left to live, decide to keep her in the dark and schedule an impromptu wedding in China before she dies. Billi (Awkwafina, Crazy Rich Asians) navigating a minefield of family expectations and proprieties, struggles with the family’s decision to hide the truth from her grandmother.

Judy (12A) 118 mins
Winter 1968: Showbiz legend Judy Garland (Renée Zellweger) arrives in swinging London to perform in a sell-out run at The Talk of the Town. As she prepares for the show, battles with management, charms musicians, and reminisces with friends and adoring fans, her wit and warmth shine through. And yet Judy is fragile. After working for 45 of her 47 years, she is exhausted; haunted by memories of a childhood lost to Hollywood. Will she have the strength to go on? Also starring Jessie Buckley, Rufus Sewell, Finn Whittrock and Michael Gambon. 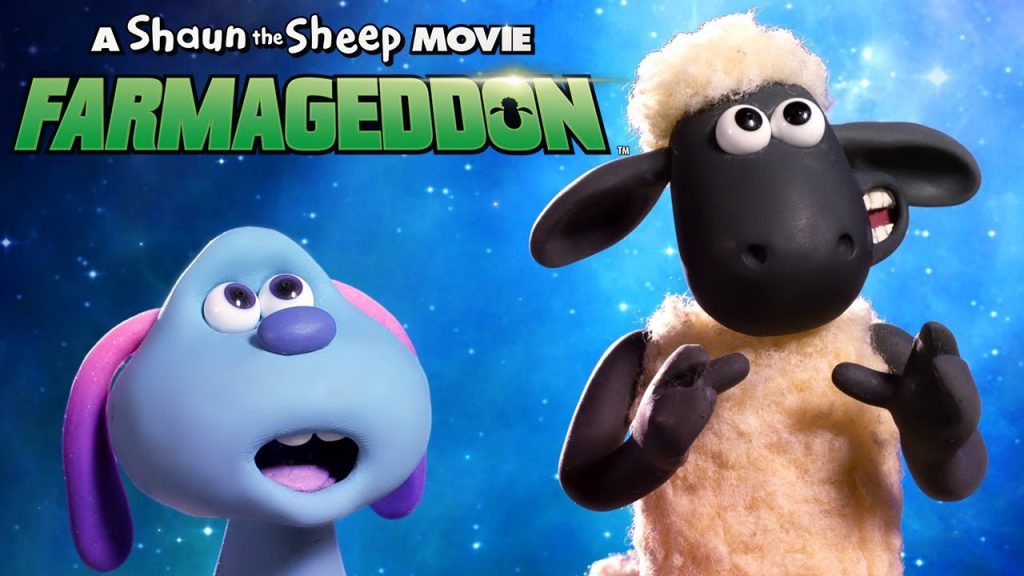 Shaun The Sheep: Farmageddon (U) 87 mins
And main programme, see above