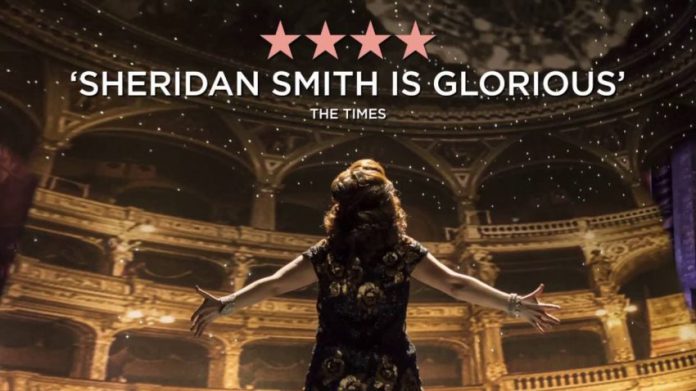 Event cinema at the Kino, Rye from Friday October 26

Thursday November 1 at 7pm.
Alan Bennett’s sharp and witty new play is “just what the doctor ordered” (Daily Telegraph). The Beth, an old-fashioned cradle-to-grave hospital serving a town on the edge of the Pennines, is threatened with closure as part of an efficiency drive. A documentary crew, eager to capture its fight for survival, follows the daily struggle to find beds on the Dusty Springfield Geriatric Ward, and the triumphs of the old people’s choir. Filmed live in front of an audience at London’s Bridge Theatre during its limited run.

Tuesday November 13 at 7:15pm.
Marius Petipa’s fantasy, set in India, tells the tale of a temple dancer and the prince who loves her but marries another. The famous, moonlit “white act” – The Kingdom of the Shades – is a corps de ballet highlight, as multiple images of the prince’s lost love haunt his mind. The choreography allows two opposing ballerinas to shine, while a bronze idol comes vividly to life in a stunning solo. Throughout, the melody and moods of Minkus’s music perfectly match the fluidity and precision of the classical choreography and the drama of the storytelling. Choreographed by Natalia Makarova and starring Marianela Nuñez, Vadim Muntagirov and Natalia Osipova.

Wednesday, November 14 at 8:30pm, booking from 2pm, Friday October 19, running time approximately 120 minutes.
One of the world’s biggest bands share their story, in their own words, for the first time. Charting Coldplay’s incredible journey from humble origins to stadium-filling superstardom, this is the definitive Coldplay film. Director Mat Whitecross (Supersonic) showcases live performances and backstage footage from the momentous global stadium tour A Head Full of Dreams, alongside unprecedented and unseen archive material captured over 20 years. With full support of the band, management and record label this will undoubtedly be one of the biggest events of the year.

Sunday November 18, 8pm, standard ticket prices
Kino is  hosting a screening of Kaufman’s Game with a Q&A with director Helier Bissell-Thomas. Helier is the director, producer and writer of this, his first feature,  which was shot on a minimal budget in Richmond. With the film selected for Sundance, MCM London Comic Con 2017, Yellow Fever Independent Film Festival 2017, Long Island Film Festival 2017, Buffalo Niagara Film Festival 2017, and Snowdance 2018 as well as winning the Gold Award at the LA Neo Noir Film festival, Helier is a director to watch.

The film follows Stanley, a driven young man with a passion for boxing, who is keen to improve his strength and stamina. When a shady stranger approaches him outside the gym with the offer of a specially produced steroid, Stanley is drawn into the ever more violent operations of a powerful organisation, unwittingly entering into a series of tests designed to prove his mettle. This is a film about power, determination and being your own worst enemy. It celebrates the archetypes of classic film noir, and the dark, conspiratorial storytelling technique of Franz Kafka, but with a contemporary minimalist aesthetic.

Thursday December 6 at 7pm. Tickets: adults £20; members and concessions £18; children 14 and under £12.50
Broadcast live from the National Theatre, Ralph Fiennes and Sophie Okonedo play Shakespeare’s famous fated couple in his great tragedy of politics, passion and power. Caesar and his assassins are dead. General Mark Antony now rules alongside his fellow defenders of Rome. But at the fringes of a war-torn empire the Egyptian Queen Cleopatra and Mark Antony have fallen fiercely in love. In a tragic fight between devotion and duty, obsession becomes a catalyst for war. Director Simon Godwin returns to National Theatre Live screens with this hotly anticipated production, following previous broadcasts of Twelfth Night, Man and Superman and The Beaux’ Stratagem.

Monday December 3 at 7:15pm
The Nutcracker has long been one of the most delightful ways to discover the enchantment of ballet – and makes for a delicious seasonal treat for all the family. Tchaikovsky’s much-loved music is matched to a magical adventure on Christmas Eve for Clara and her Nutcracker doll. Their journey to the Land of Sweets brings with it some of the most familiar of all ballet moments, such as the Dance of the Sugar Plum Fairy and the Waltz of the Flowers. Peter Wright’s production for The Royal Ballet keeps true to the spirit of this Russian ballet classic, with period details and dancing snowflakes. The many solo roles and ensembles put the world-class skills of the Company to the fore in this Christmas classic. Conducted by Barry Wordsworth and starring Marianela Nunez, Vadim Muntagirov, Anna Rose O’Sullivan, Marcelino Sambe and Gary Avis

The Rye Heritage Centre is now open daily and we invite you to experience the Rye Town Model. The shop also has new and exciting lines.