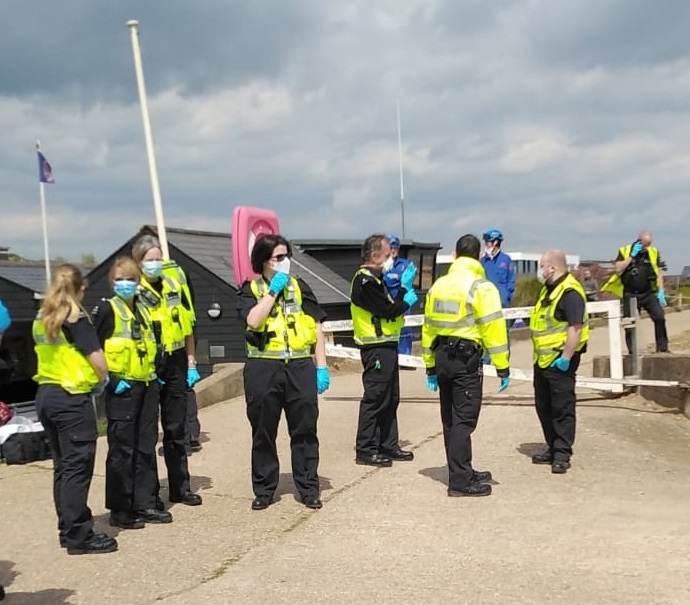 The multi-agency incident followed reports of incoming boats in the English Channel, off the coast of Winchelsea. At around noon, Pett Level Independent Rescue Boat volunteer crews were tasked to attend the incident and provide support to local services, including HM Coastguard, RNLI Hastings and Sussex Police, with Border Force also in attendance.

The charity’s larger Pulfer inshore rescue boat was tasked to launch to provide safe escort and a tow line to a boat of 25 displaced persons. With a considerably low tide and high shingle ridges making recovery something of a challenge, the team’s launch and recovery vehicle was used to bring both the Pulfer boat and the landing boat up to the safety of the Pett level slipway.

In the meantime, the PLIRB boathouse and base were made available to service colleagues for operational shelter and refreshments. Foil blankets and water were provided for the occupants of the boat, along with first aid, where required.

Preserving life from the sea

In a statement after the incident, Fiona Johnson, Chair of PLIRB Committee said:

“Our organisation was founded in 1970 as an independent rescue boat service, to save lives along the coast and inland waters of the Rye Bay area of East Sussex. The service we provide to the community has evolved and developed over time but our primary object remains the same, the preservation of life and the promotion of safety at sea.

“In accordance with our mission statement, our volunteer crew are trained to attend independently, or as part of a multi-organisational response, any incident on the water where there is a danger to life.

“On 16th May we were tasked to assist at such an incident, close to our headquarters at Pett Level. In conjunction with our colleagues from other organisations, 25 displaced persons were brought safely ashore.”

As an independent rescue service, staffed by its charity volunteers, Pett Level Independent Rescue Boat is entirely self-funded and is currently welcoming nominations in May’s Movement for Good awards, as reported in last week’s Rye News.