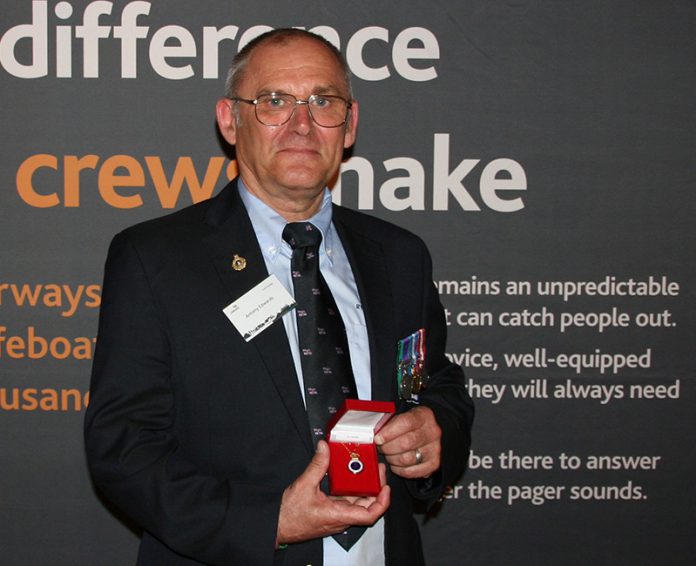 Volunteer Tony Edwards (pictured above), deputy launching authority at Rye Harbour RNLI Lifeboat Station, was awarded the RNLI’s prestigious Gold Badge on Thursday May 21 at the Barbican, London. Edwards joined the lifeboat station in 1982, serving as a member of the crew and becoming a lifeboat helmsman. After 11 years he came out of the lifeboat and became a member of the operations team as a deputy launching authority in 1993, a post he has held for more than 20 years. Rye Harbour lifeboat station has been operating since 1966; go here to find out more about it. [Source: RNLI]