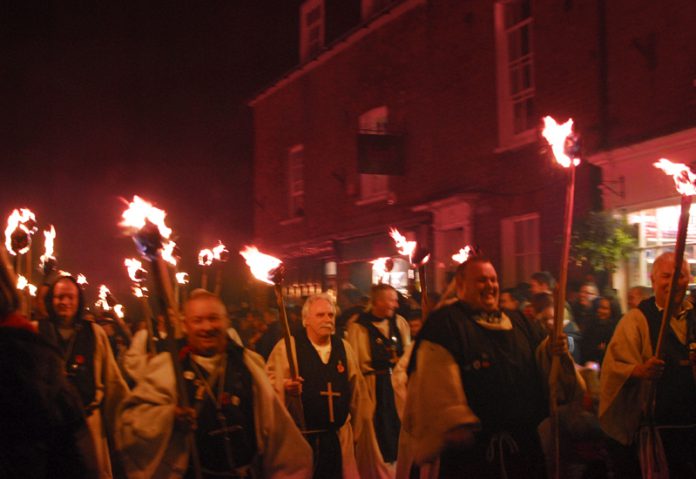 Street collectors at the annual Rye Bonfire – who never shy from shaking their buckets at the hordes of spectators overflowing the pavements – raised more than £4,000. Despite the disgusting weather and having to dig water out of the trench used for the fireworks with a JCB, the 2013 display was one of the best.

The money raised helps both to fund the event itself and to support other local charities. Thanks to Rother District Council both toilets by the bonfire site were open for the whole evening. Unfortunately, we had no contribution from the rail company towards the cost of security for the toilet by the station. The money used to cover this could better have been used to help local charities.

Rye Bonfire Society thanked all those whose hard work and co-operation made the event a success, including police, fire officers, St John Ambulance, the Highways Agency and Rother council. “We would also like to thank all the members of the public and visiting societies who came and contributed to a safe and successful evening for all,” said a spokesman for the society.