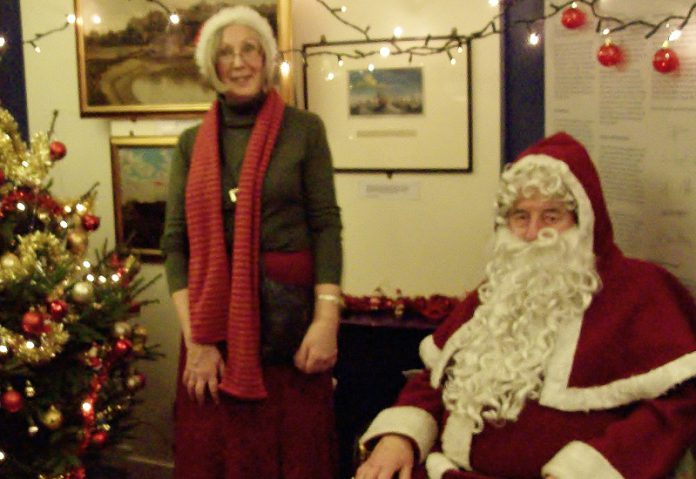 More than 100 children visited Father Christmas at Rye’s East Street Museum on Saturday [December 13]. A group of  volunteer had decorated the museum, including the entrance way, and the whole area looked very festive, with Father Christmas sitting in his armchair by the fire and a real Christmas tree. By 4.30 a large group of eager visitors were queuing to see the man in red.

While waiting outside festive music was playing and the snow machine (and bubble machine!) were in full force. Inside, hot mulled wine or fruit juice and mince pies welcomed the visitors (for a nominal charge). Then the anticipated moment arrived and children were able to make their visit to Father Christmas in his grotto. Each child received a small gift and words from Santa to be good. Many parents had their camera phones ready for that all important picture of their child receiving the present. A very happy atmosphere ensued and all left happy. There was one late arriver who just missed seeing Father Christmas – but a few presents were still there. Most visitors were local but a few had travelled from further afield – and were glad the grotto had wider publicity.

Thanks to all involved, everyone who helped at the museum for making this a success and to the generous parents for making donations to the museum. Happy Christmas from Santa’s helpers!