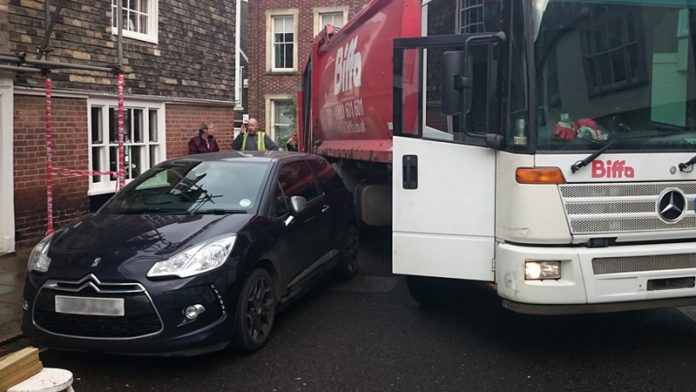 This was the scene in Market Street, Rye, on Thursday morning. A bin lorry, with a crew of one, attempted to turn in from East Street to find its path blocked. The driver commented: “What about fire engines!”

That is a point not lost on most residents in Rye and is the subject of an ongoing dialogue between Katy Bourne, the Sussex Police & Crime Commissioner, and Mary Smith, a Rye councillor. Smith sent us, exclusively, copies of the email correspondence between herself and the commissioner. She would probably describe the exchange of emails between the two women as a non-dialogue [see ‘Speak up, Crime Commssioner’].

The Biffa driver finally made his exit thanks to a handyman who moved his van – parked legally – on the opposite side of the road.